On Tuesday, I woke up by the human alarm clock, comprising of the two sons of my host. What a great way to be dragged into the world again. After having breakfast, we went to the train station’s bike shop to hire a bike for me. Now, life’s gotten a lot easier since it now takes only some minutes to get from here to there.

At Uni, I wrote my report on the day before. Just when I finished, Enrique Tomas, a composer and soundwalk developer from Spain joined me at DPL; He is one of the developer of noTours, an “Augmented Aurality” system for the Android platform. He briefly presented it to us (Tom, Julio and me). It looks quite promising as it allows to produce fairly complex interactive soundwalks, where visitors can individually walk around and have an aural augmentation of the surrounding. The online authoring tool can be used for free and the needed software for the phone is available through their website. Here are some soundwalks they did recently, one for the Kumu in Tallin in summer 2011. Later that day, we had a go with the software outside and talked about various GPS thingies. The challenges they have to cope with reminded me of the listen project [5] of the Fraunhofer FIT where Gerhard Eckel, Florian Dombois and Joachim Gossmann where involved in. Later on, I showcased BetaBlocker to Julio, Enrique and Ben Mawson. I was quite happy about theur curiosity and positive reactions. In the evening, Julio d’Escriván’s launched his book Music Technology in the local bookshop. It seems to be an interesting take on the basics of, well, music technology. 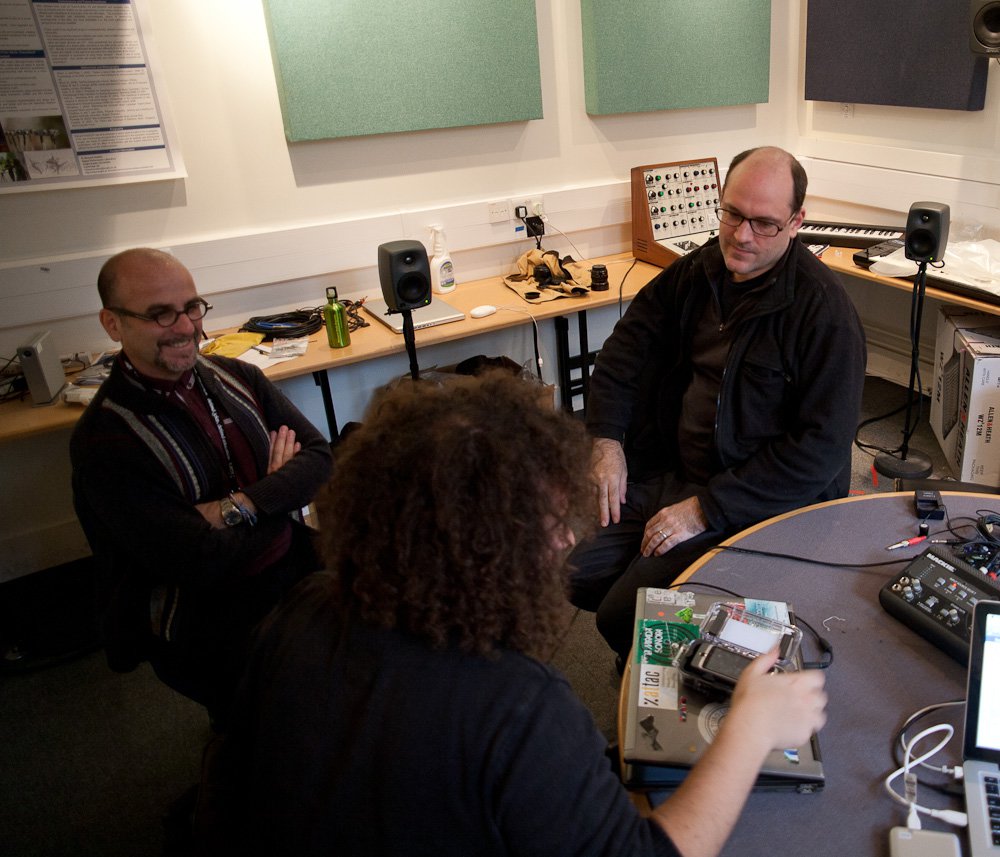 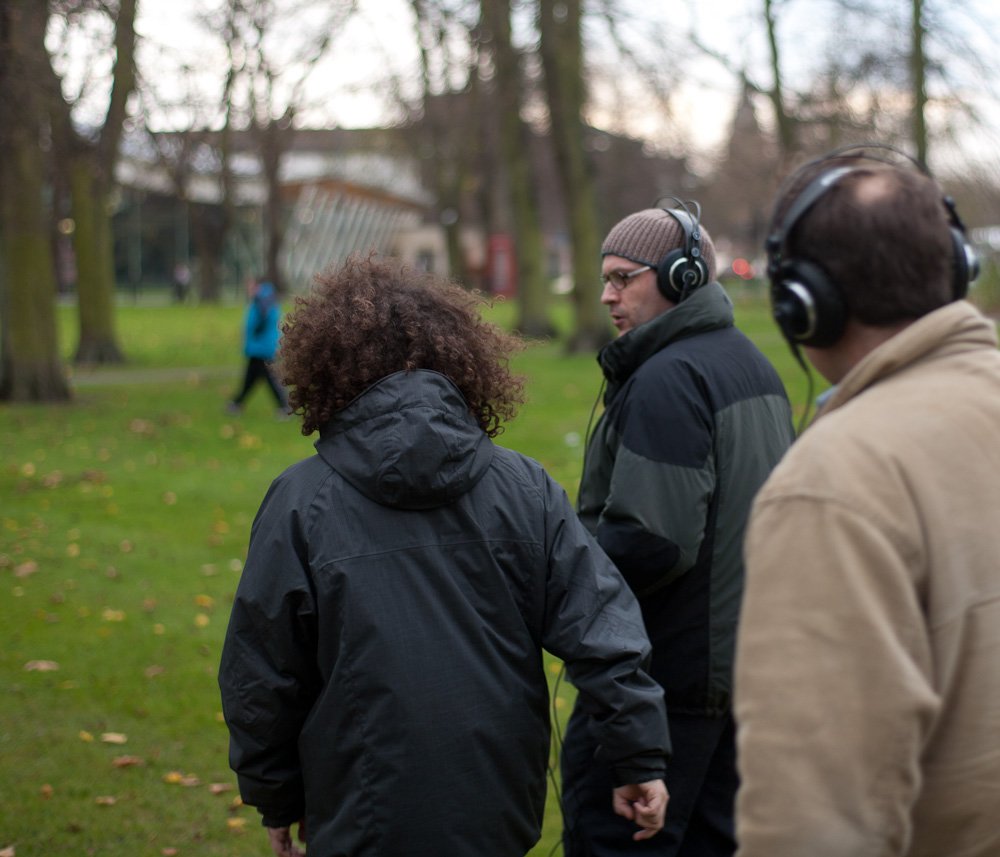 The day ended with a chat with Tom about his work on Morton Feldman’s piece for 8channel pice Intersections for magnetic tape.

On Wednesday, there was a strike for saving the pensions of the British state employees i.e. no work to be done at school. Apart from looking around the city and walking along with the protest march, I managed to do a screencast on the use of DetaBlockerBuf in connection with BBlockerProgram. It can be found here. 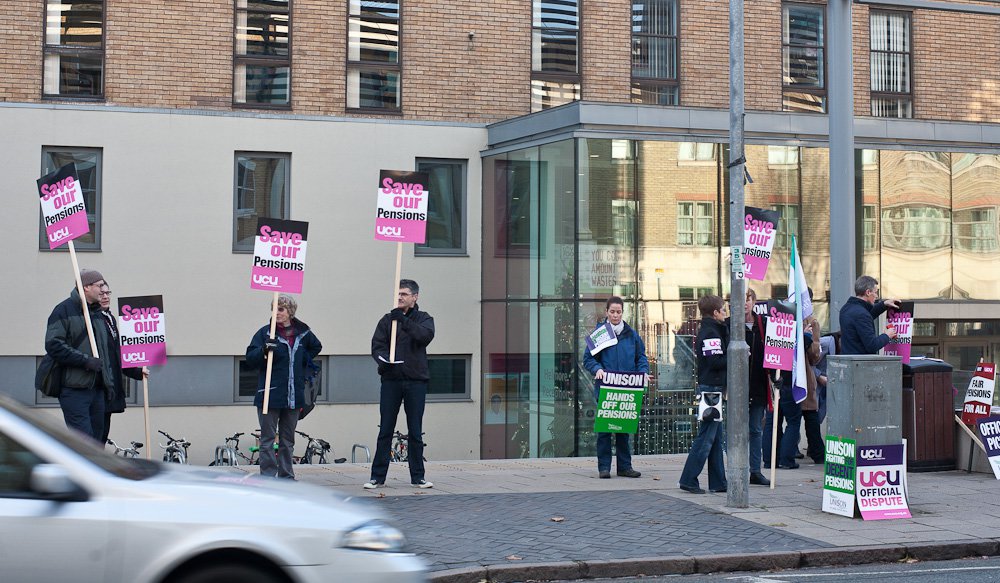 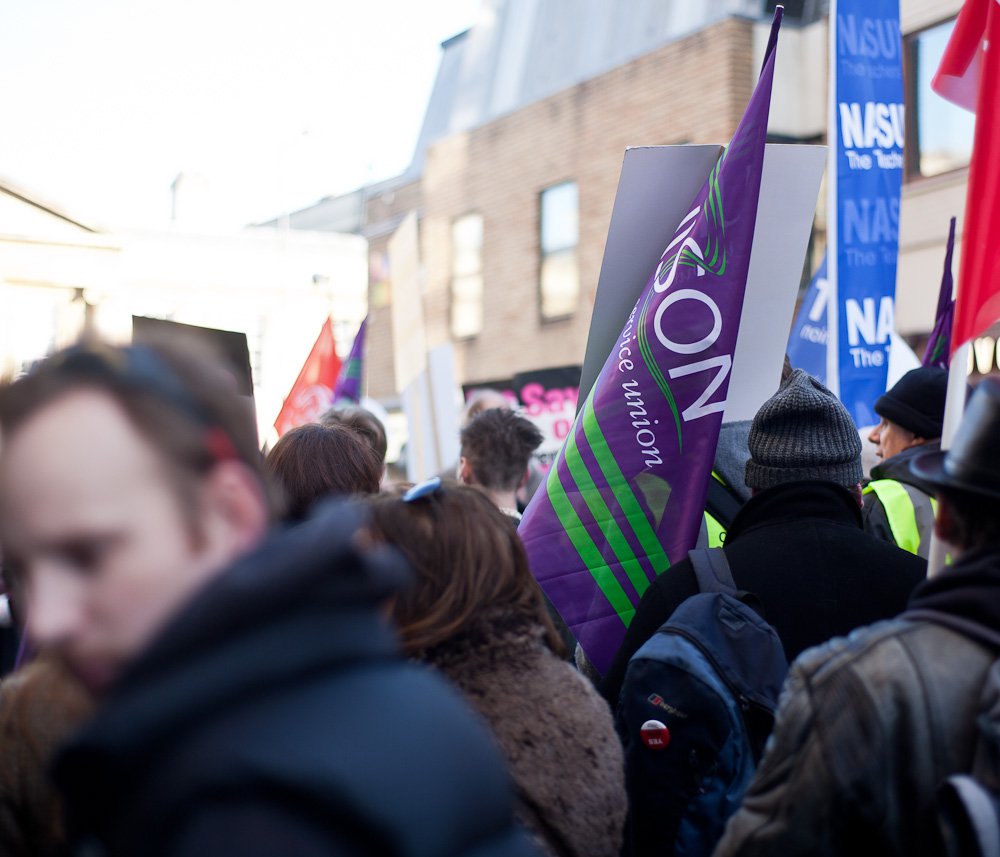