The island in the Naantali archipelago where I spent the last 10 days is populated by at least 5 different ant species. One of them has an ant hill right next to the open air kitchen in which we used to cook and work. I was interested in the sound ants make when they’re running around so I recorded them.

Maybe I can use it in a setup where several pickups build into an anthill catch the sound of the crawling ants. 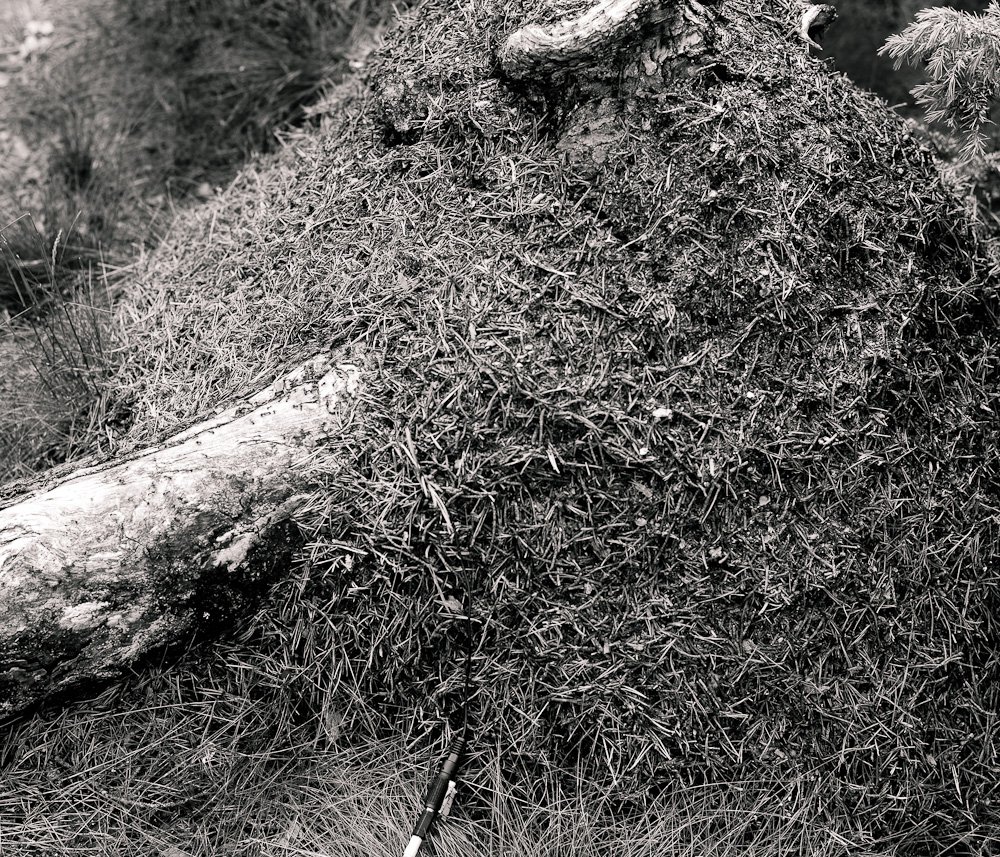 Ants are highly social, sometimes people (e.g. Douglas Hofstadter) speak of an anthill as one distributed organism (Aunt Hill). It might be interesting to set up a telephone that connects several aunts? But actually that would be a bit too much intervention into functioning nature, possibly ruining a fluctuating biological environment. Other ideas include anthill resp. ant street listening devices. 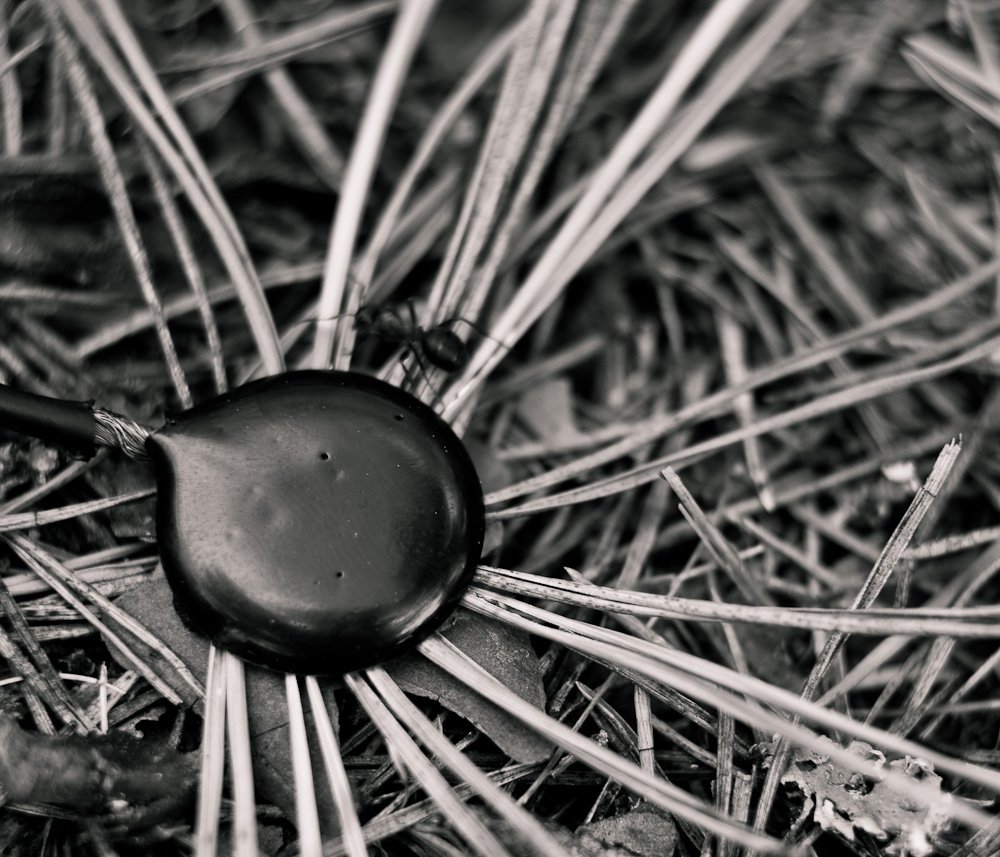 I first tried to attach the pickup to a piece of birch bark (five by ten centimeters). Audio quality was great, though the ants where not convinced to walk on it. As shown on the photo, I eventually settled on a piezo audio transducer with attached pine tree needles (by help of a small amount of plasticine). A small piece of pine bark covered the bottom such that the ants don’t get in touch with the plasticine.