A fun week of pixelache is just over. It was filled with fun, challenges, technology, social live and dancing.

In this post, I’ll try to come up with a rather short report on my more general impressions. There will be another post on my investigations during the 5 day marin workshop.

The pixelache workshops took place in pajasali on suomenlinna, a beautiful island right in front of Helsinki. As the workshop started on Monday and continued until Saturday, I was most of the time in that venue.

In the marin workshop, we – roughly 15 attendies with various backgrounds, however all interested in electronics, media art and sensing – worked towards a mesh of sensors, collecting data and distributing it to us and a webserver running MongoDB. Getting to know this database was quite interesting since it has no fixed datatables or schematics, i.e. it can be used in a very flexible way. Particularly, the data’s structure does not have to be fixed beforehand.

Sensing and meshing was done with a combination of XBees (series one) and Arduino boards. To distribute the sensor values, we used the SenseStage framework. It provides a very flexible way to distribute the sensor readings in real-time, such that they can be used in installations, performances, or interactive works. 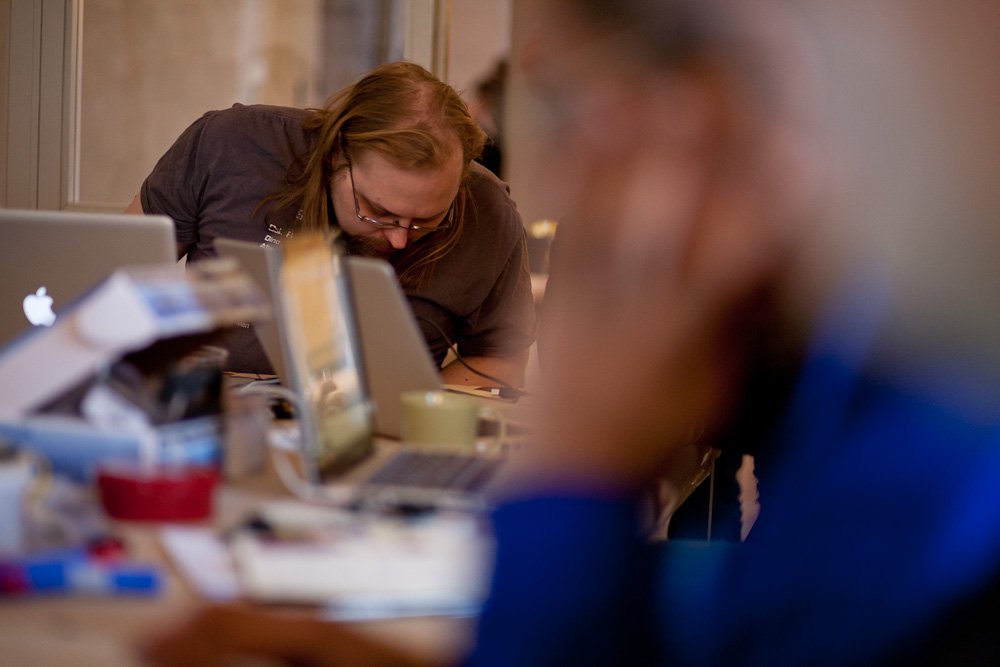 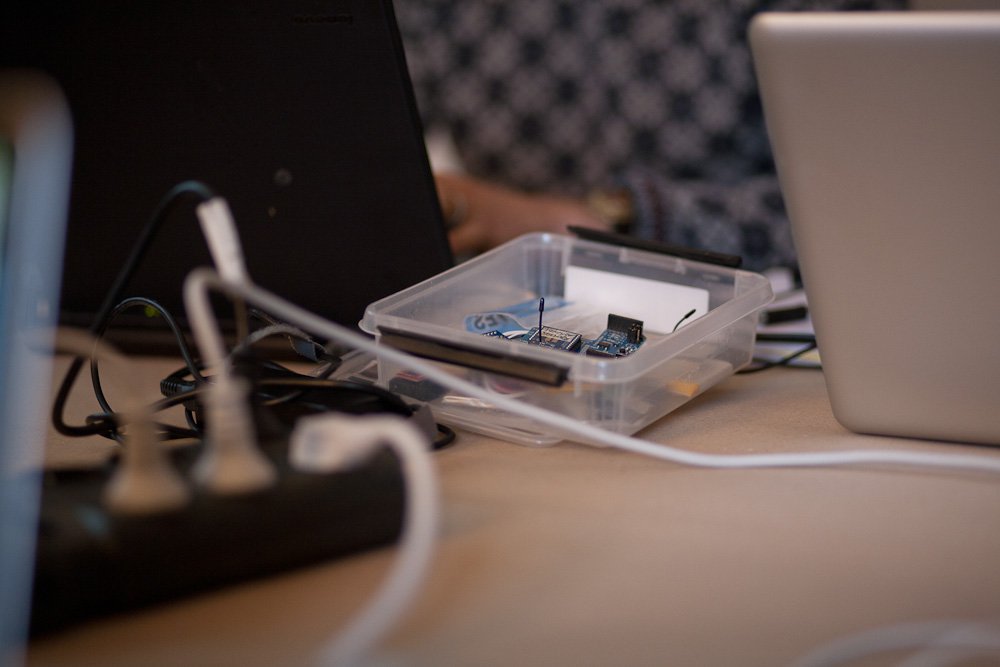 Unfortunately, we had some technical issues to challenge (wrong XBee versions, heterogeneous Arduino density, strange routings on XBee shields, etc.). Therefore, it took us almost three days (of five) to get to a point where everyone were able to integrate her sensors into the network. Finally, we succeeded with either (a) Arduino Fio or (b) Arduino Uno and custom-made wiring to the XBee as described on the SenseStage hardware setup page. We finally came up with a pretty nice presentation of our small projects on Saturday, which gained a fair amount of attention in the audience. Curious what I did? 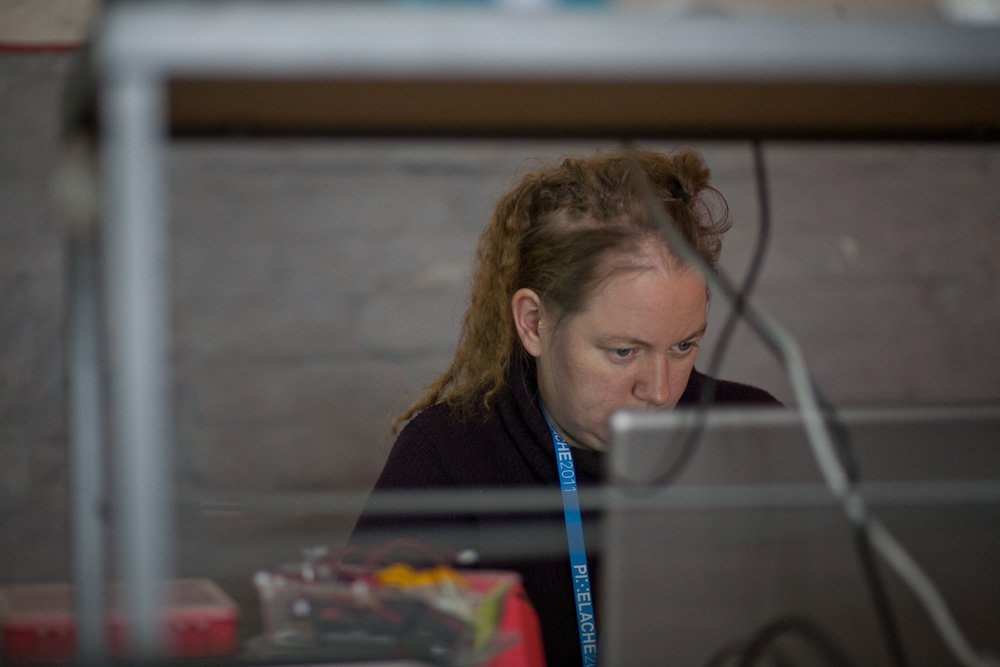 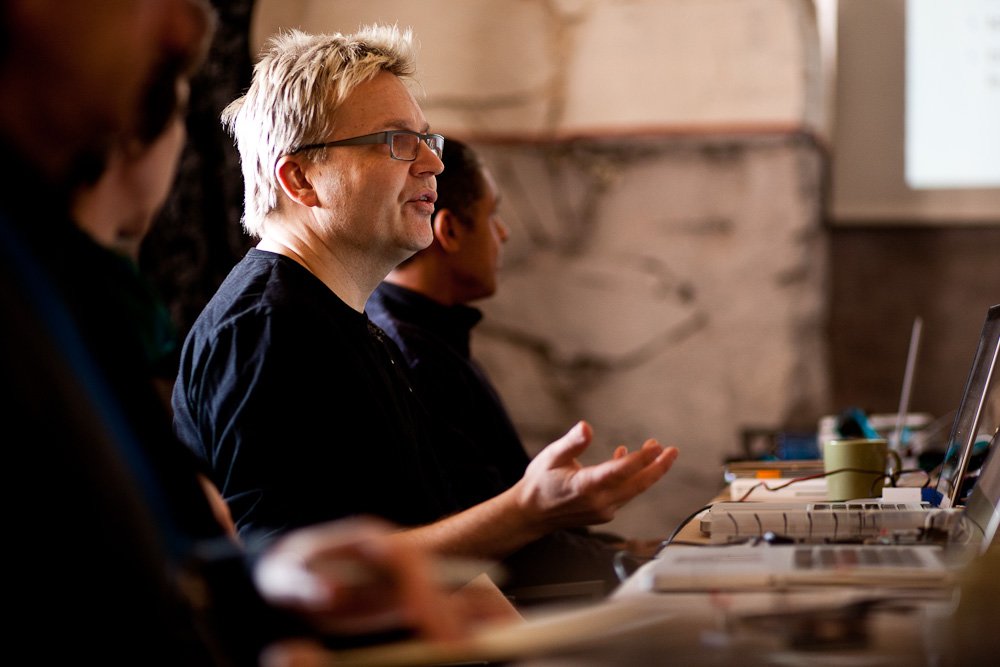 From the social part, Pixelache 2011 was one of the best workshops/conferences/festivals I have ever attended. Many interesting and nice people, informal chat, laughing, etc. involved. 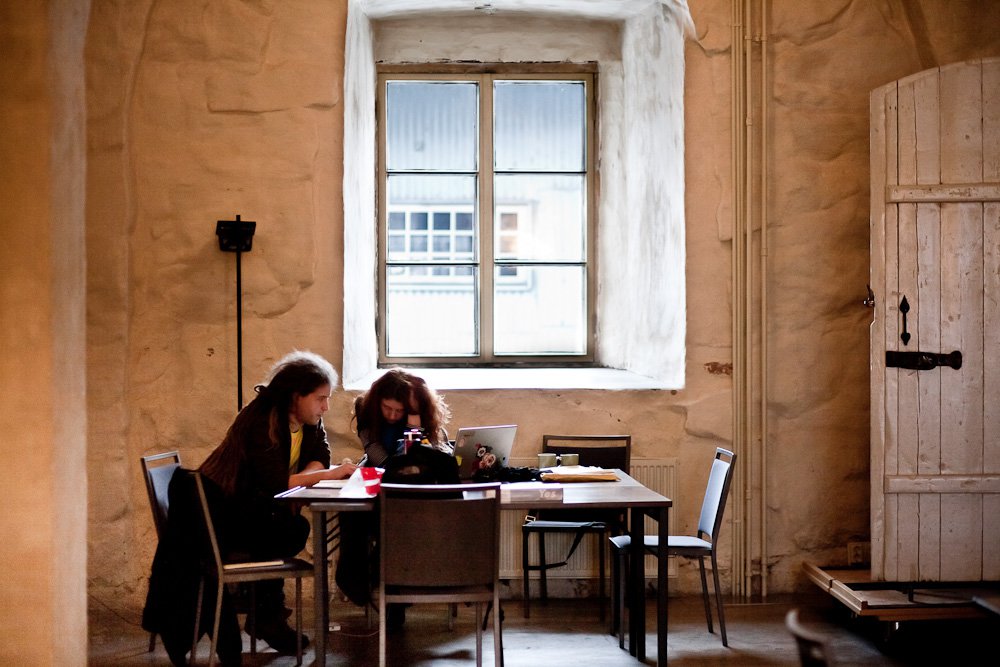 The evening program was a mixture of Free Jazz, Electroacoustic Performance, Minimal Sampling and Disco music. And a fair amount of drinks, as we’re in Finland. Despite the guys and girls from the workshop, I had the pleasure to get to know many interesting people, especially the Foam crowd:

FoAM is a research group and a transdisciplinary laboratory for speculative culture. We experiment with possible futures, today. [fo.am] 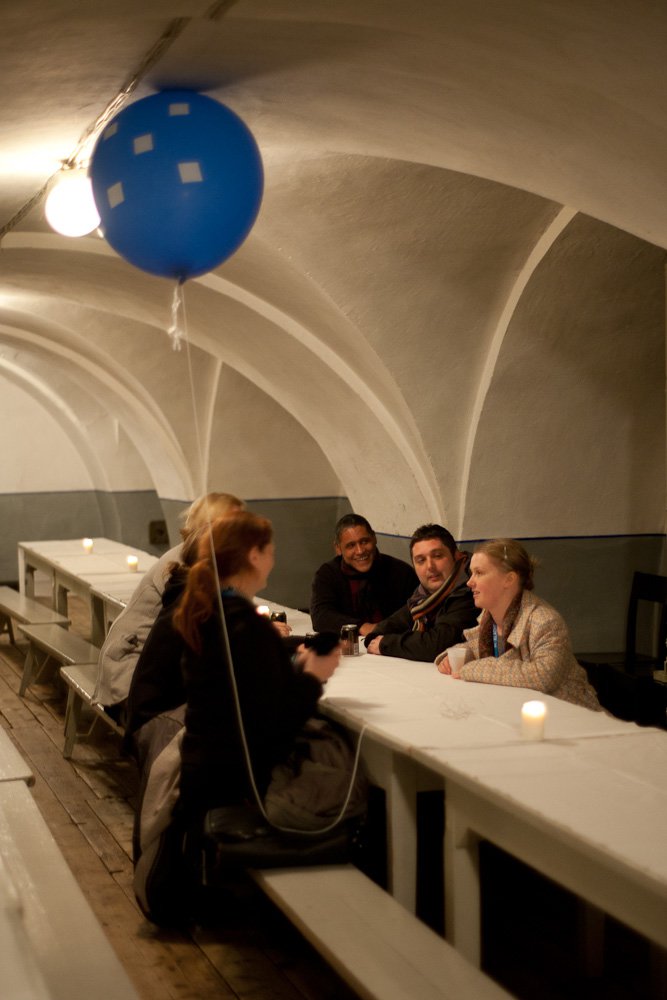 As far as I can tell, it must be great fun to work with them. Being the organizer team of Pixelache for groWorld, they hosted various workshops and discussions, of which one was the seedballing workshop. 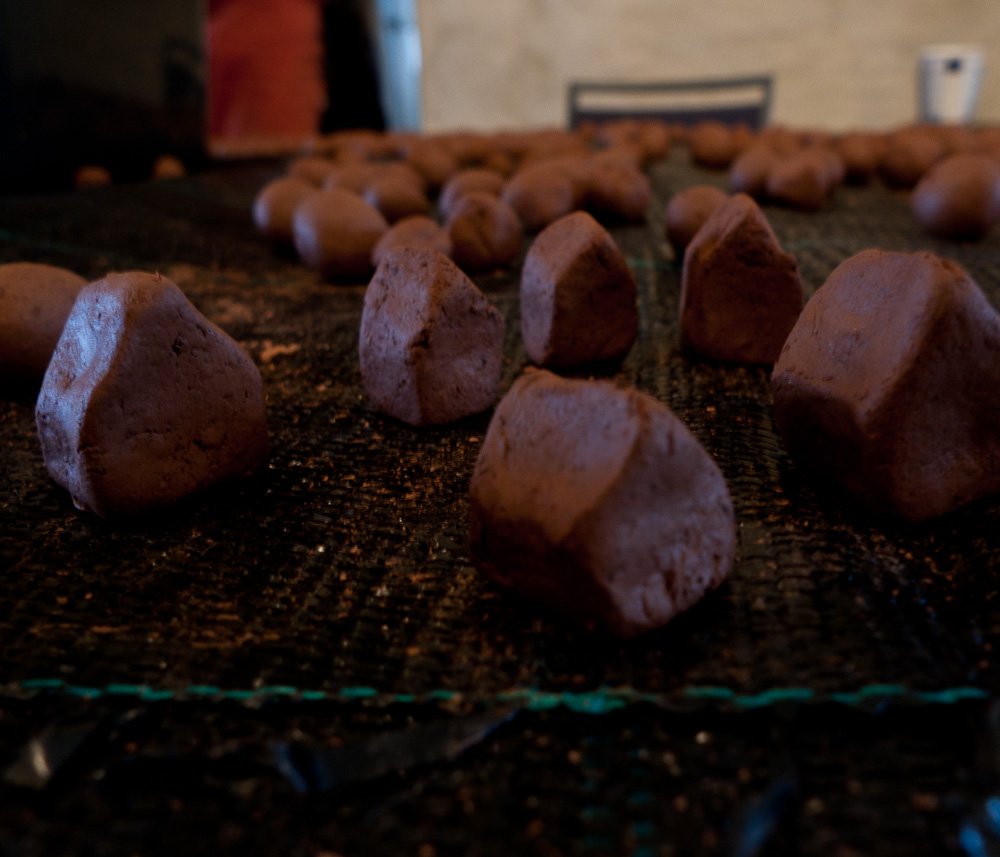 Great fun, will post results of the growing process here at some point.

Overall, Pixelache was great fun, I got to know many interesting people, and can now add a new project to my virtual portfolio.