A lot happened since the last post. Among other things, I took part in the ICSA conference here in Graz, where I learned about cutting edge technology and techniques for spatial audio, especially how ambisonics can be integrated into life audio production and about the recent commercialisation of the IKO, an icosahedral loudspeaker array developed at the IEM. For the latter the osil project provides a virtual setup called vIKO by which (fixed-state) compositions for the IKO can be composed and monitored through headphones. 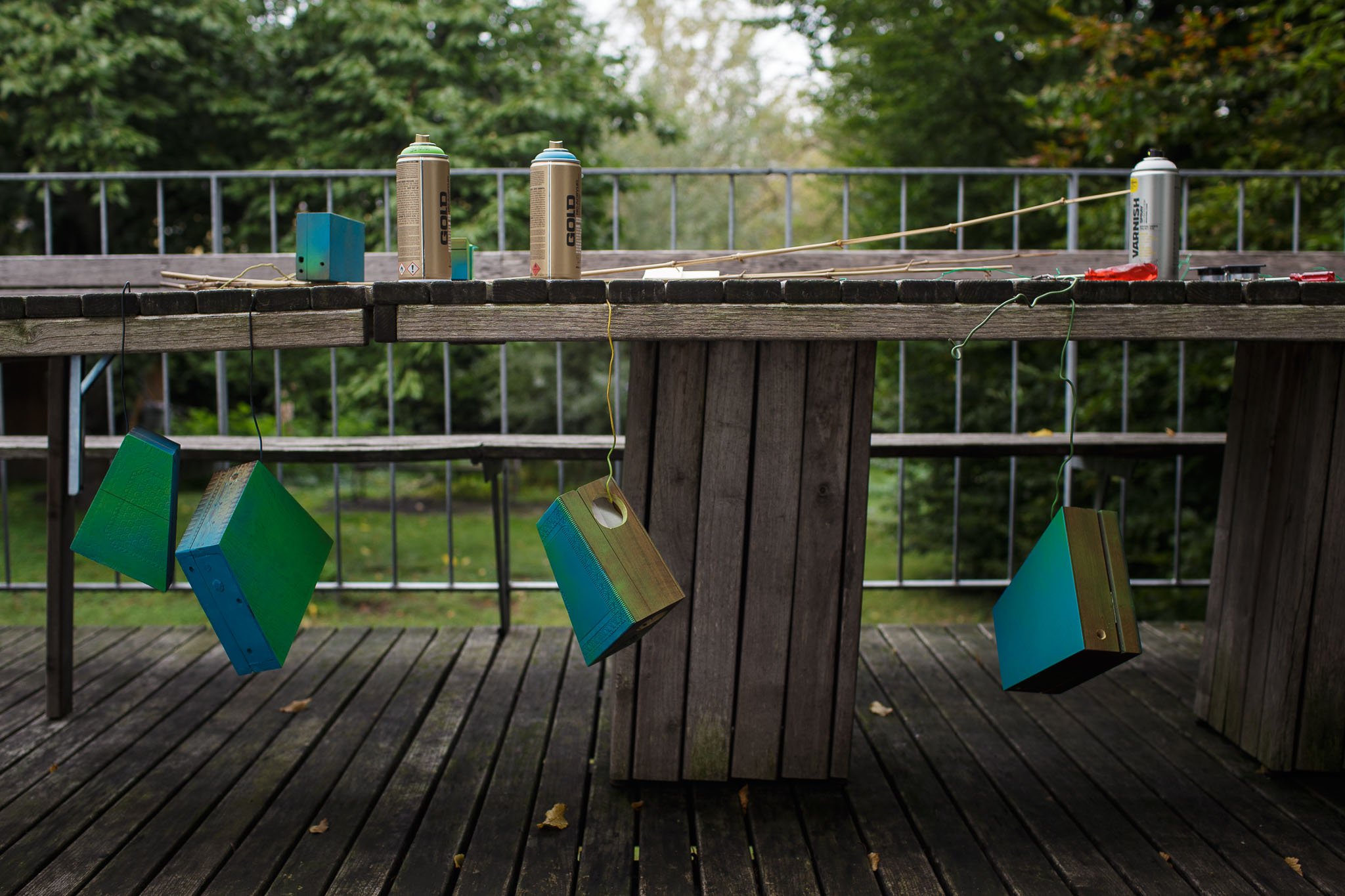 spray-painting the cases of the nodes

On the Fielding side, I am happy that I managed to get the technical basis and the housing of the Fielding nodes up and running. Further, I wrote a portfolio entry for this webpage. Among an introduction to the thematic and the inner workings of the system (partly still under construction), it also has links to the first field recording I made with the two Fielding nodes. You can also listen to it here:

All non-sc scripts for arduino sensor acquisition and distribution are now in a separate git repository called probes. These are for now 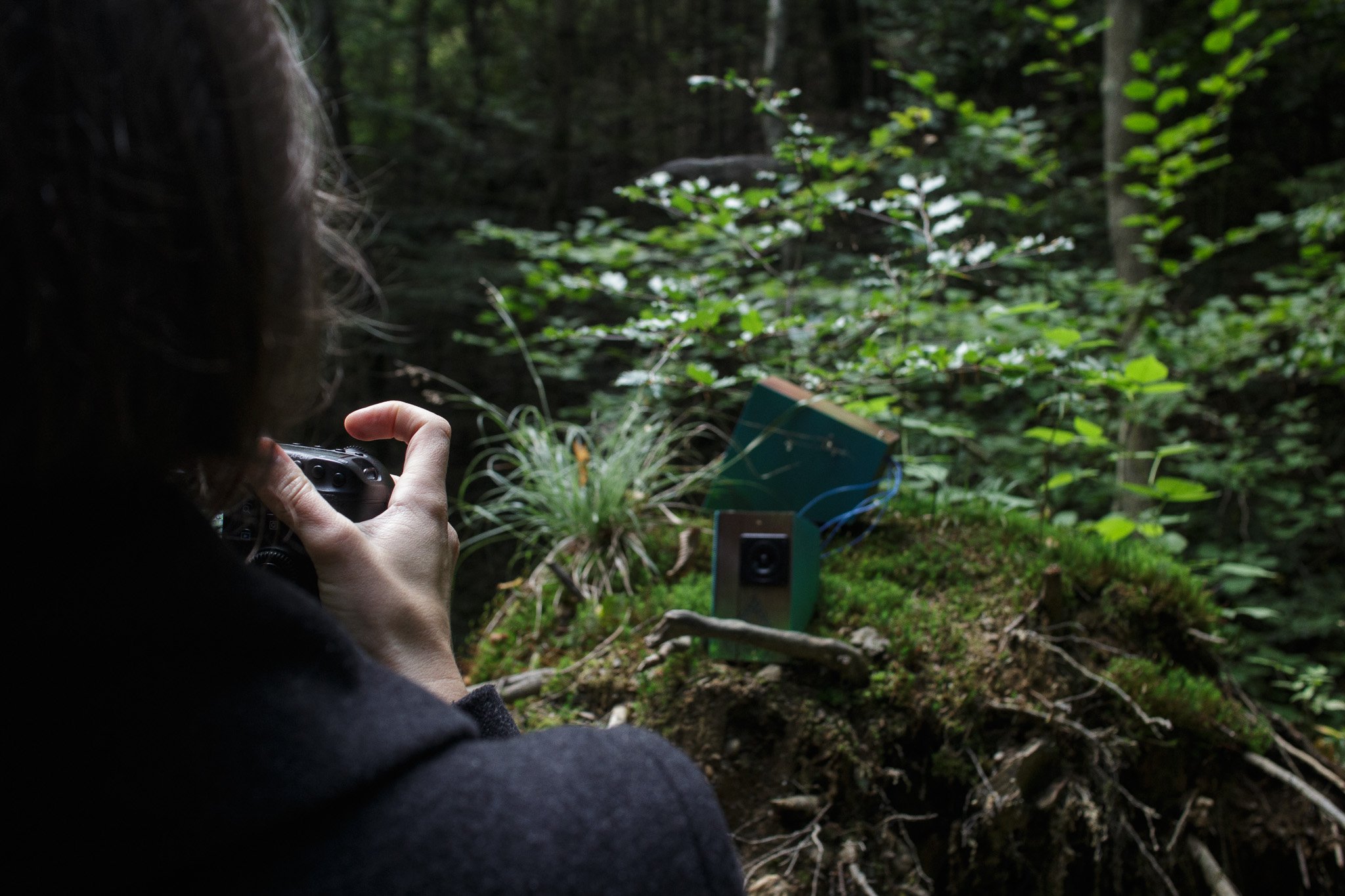 In the last two weeks then, I created footage for the upcoming fielding teaser video, together with Mila Moisio. Now it needs to be edited.