Through this information, I found out about compatible hardware for wireless connections on the BELA board. Luckily, the local shop had two netgear a6100-100pes ac600 802.11ac USB-WiFi dongles available.

Set up WiFi on the router

I first tried my luck with setting up an ad-hock network but experienced irregularities. Therefore I purchased a TPlink tl-wr902ac wireless router that can be powered over USB, making it the ideal choice for an off-the-grid setup. I configured it to create a wpa-encrypted network with the ESSID fielding. The router also has the option to assign permanent IPs to specific MAC addresses. This is handy because the boards now always have the same IP without having to be configured differently. This will make mass-production easy. 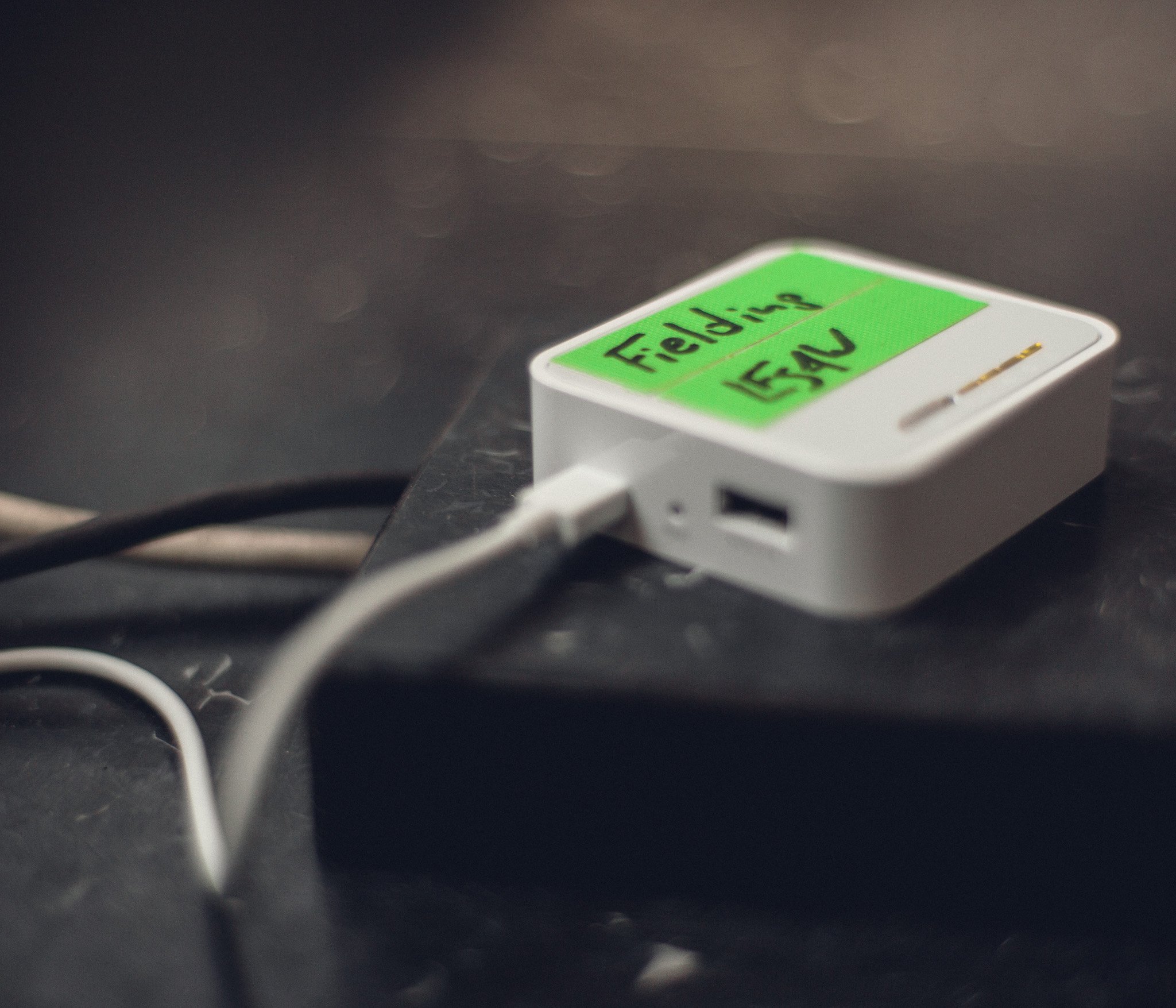 Set up WiFi on the boards

The relevant part in the network configuration file /etc/network/interfaces looks like so:

In case you want to try out ad-hock mode for yourself, this is a configuration:

You can turn WiFi on and off via

Further, you can check the interface’s state, esp. for its ESSID by running