In the second week of my residency, I wanted to further my ideas of wind plants. Wind appears to be my goto-theme when it comes to environmentally aware instruments or sound installations. With my earlier work Anemos Sonore, I have a starting point for listening to wind and since then, I am intrigued to build something less bulky yet equally expressive. Examples of those attempts are the more nature-inspired wind plants or the ill-named Anemos Sonore Maaum siilium. The latter is currently an empty shell waiting for a more elaborate behavior.

The work of the first residency week, namely installing SuperCollider on Bela and exploring Steno, a language for life-coding concatenative synthesis were basically preparations for the work on the windstruments. In the second week, I wanted to focus on its hardware appearance, creating a beautiful body by which the system interacts with its environment. 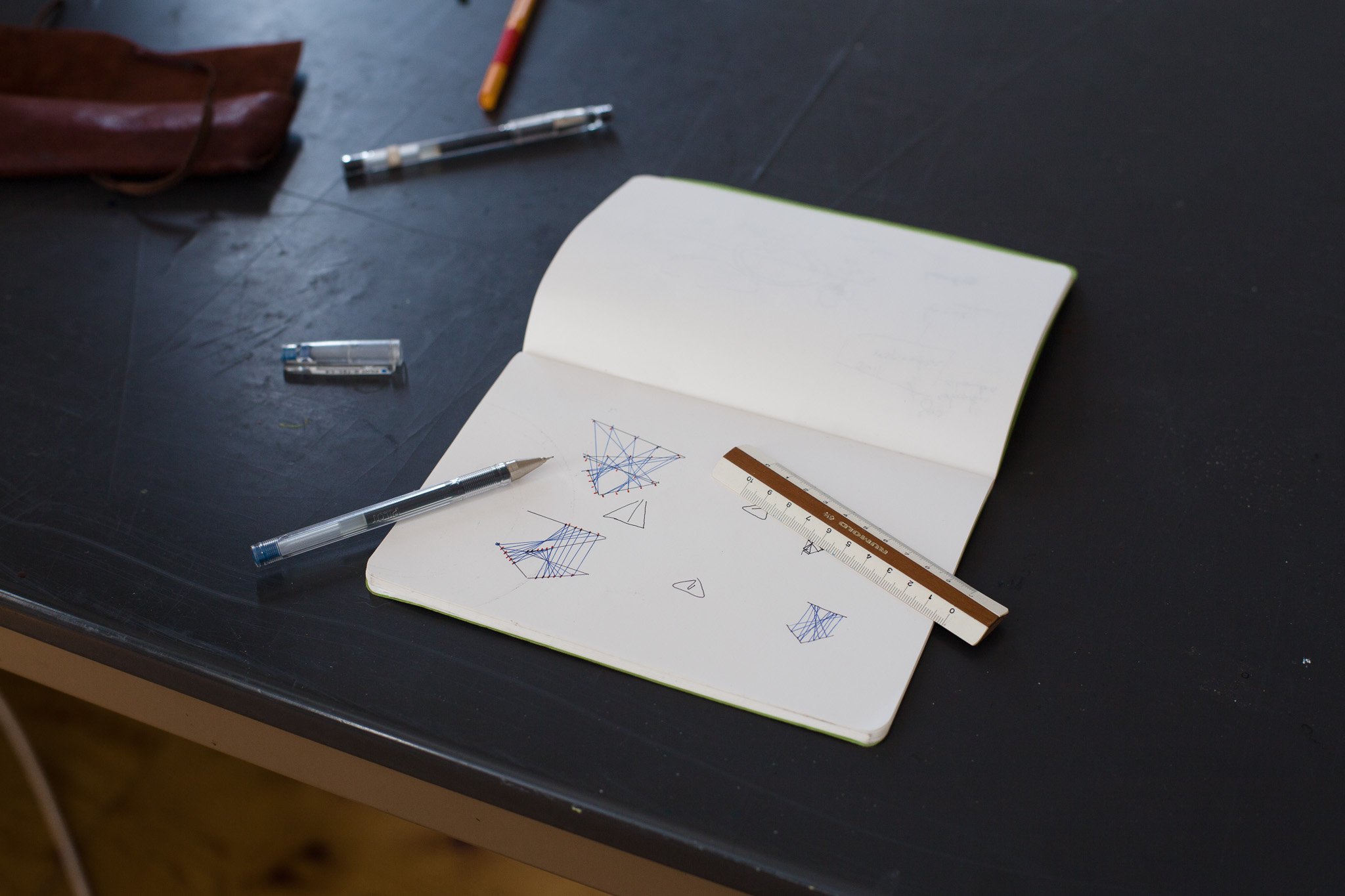 Theoretical observations on how to bend and wind the wires. As it turned out, the actual design often looks different than what was planned before.

After a trip to Radio Twenthe, a beautiful vintage electronic shop in the center of the Hague and to the nearby hardware store, I started building wind catchers. 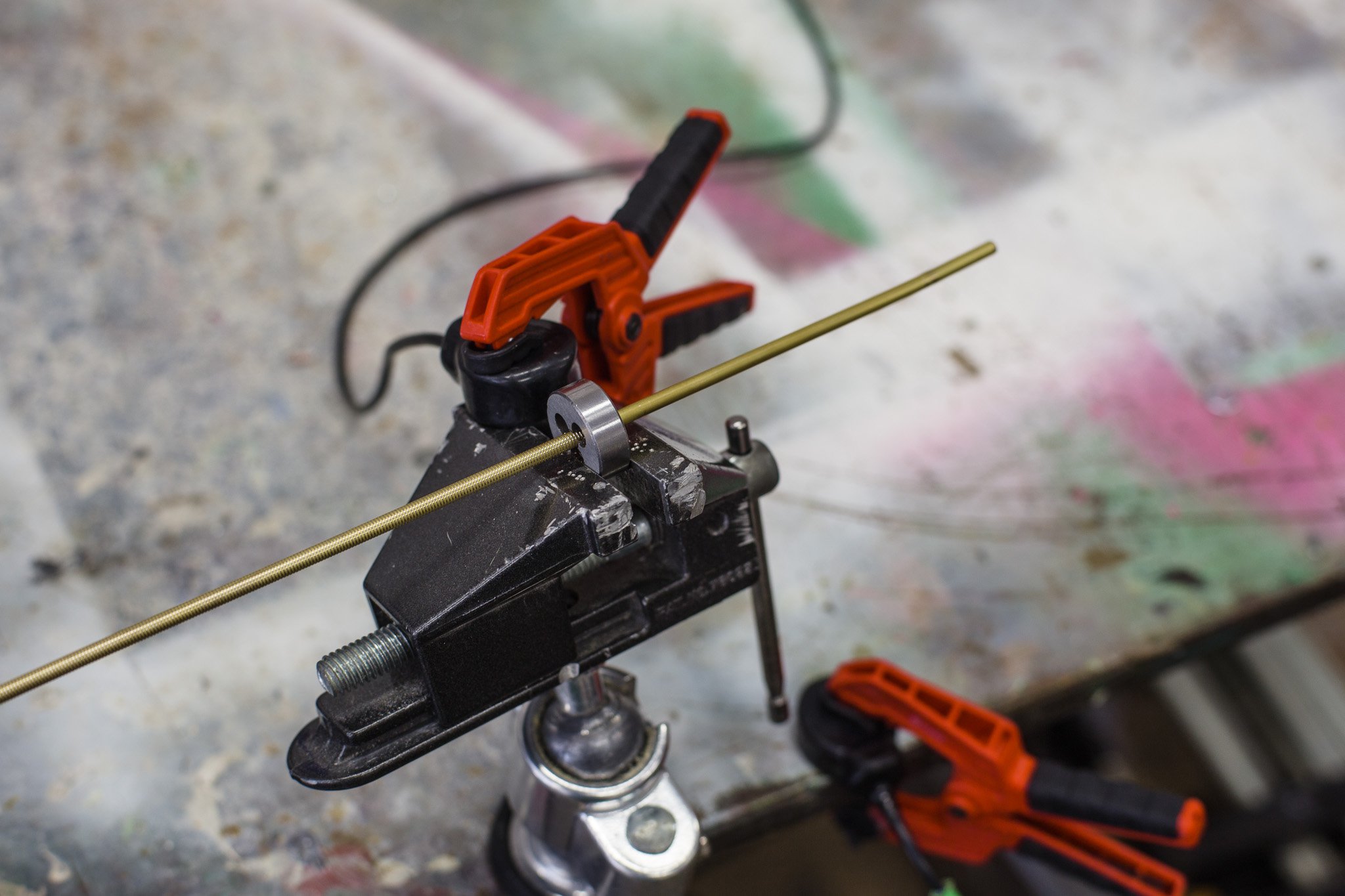 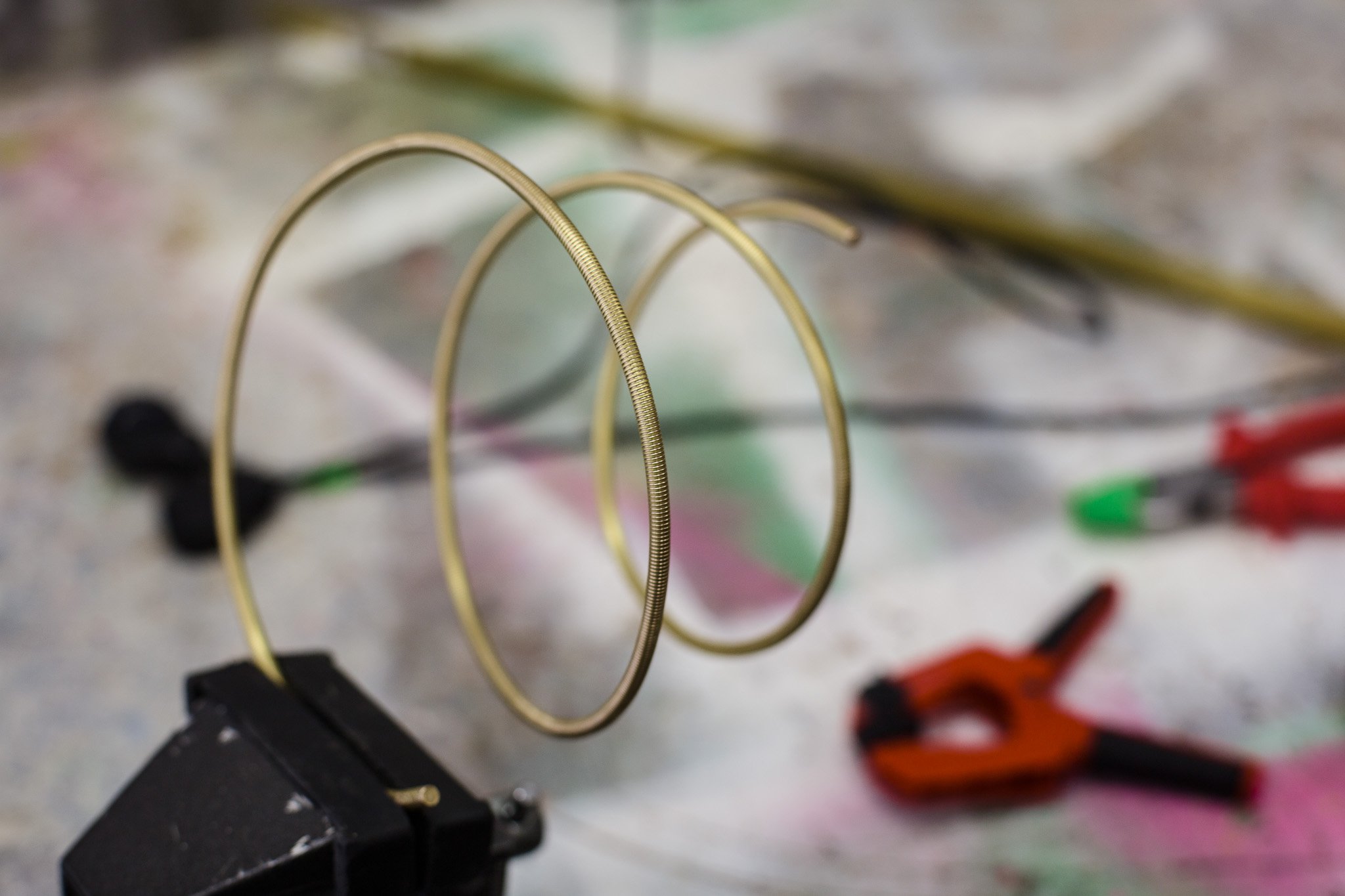 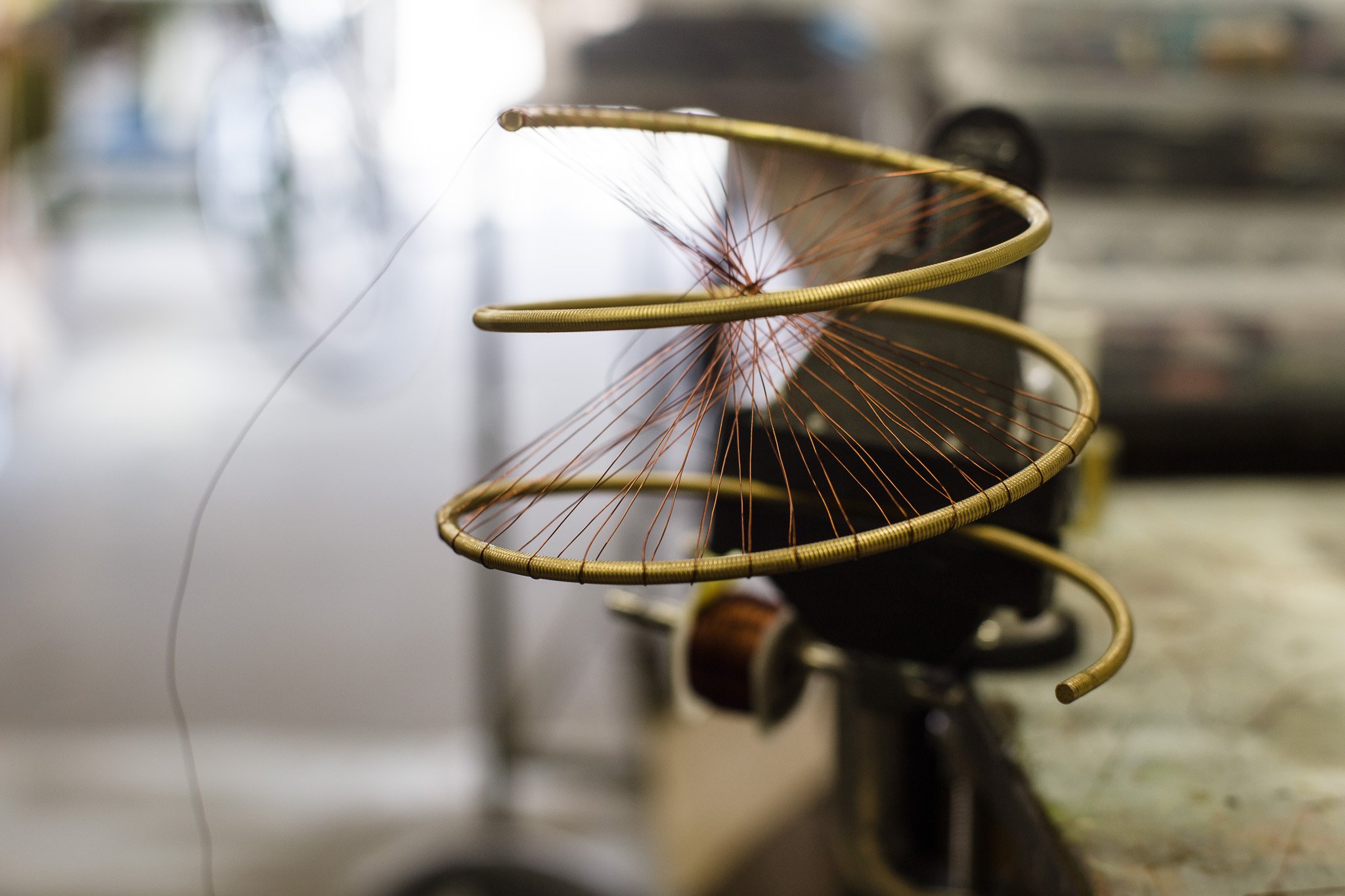 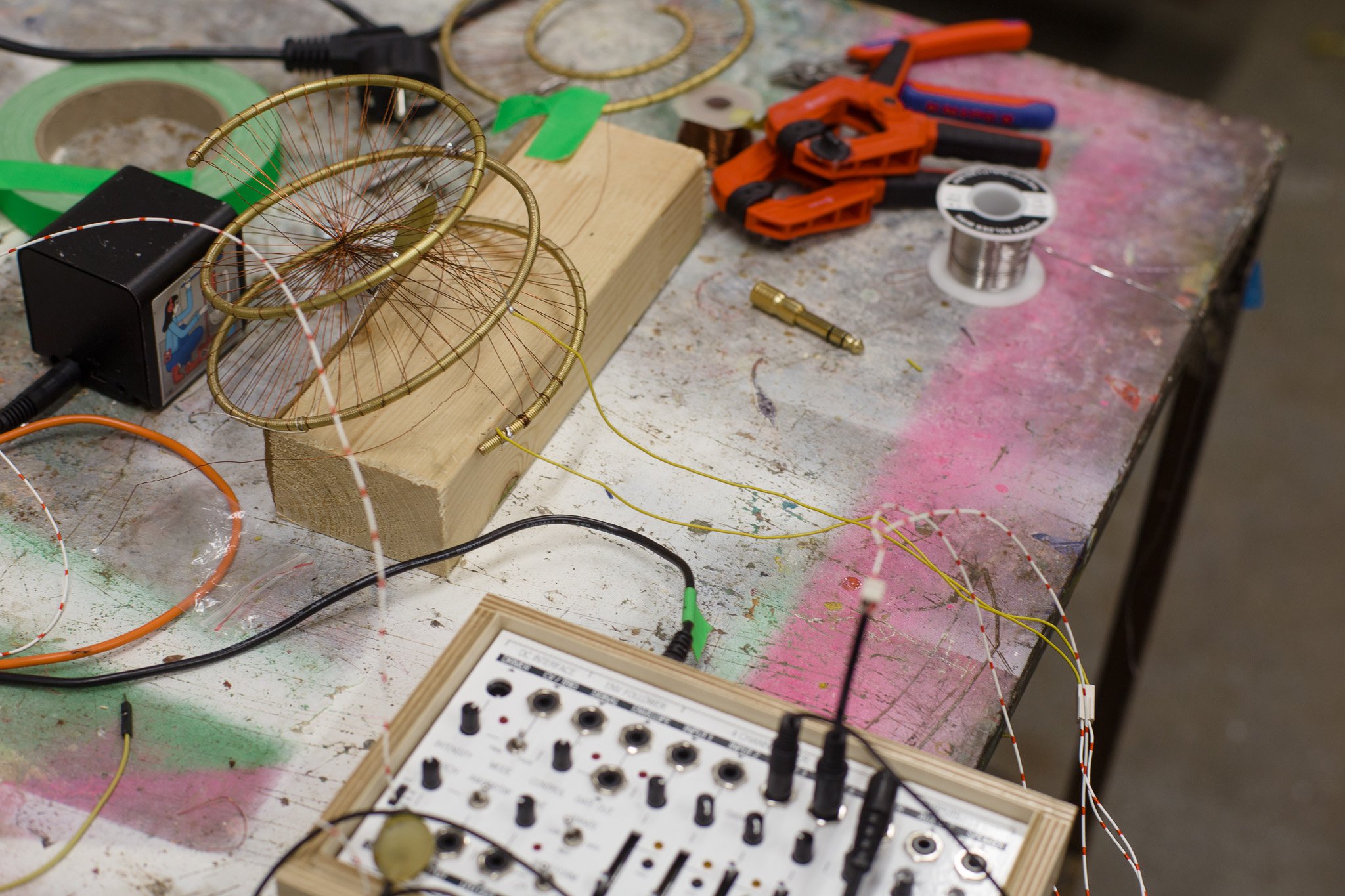 Listening to an in-built piezo