There were also performances by two fellow iii artists in residence, Davide Tidoni and Yuri Landman. Davide describes himself as a researcher in the field of sound and listening, interested in the relational dimension of listening and the uses of sound in everyday life. His performance tested loudspeakers for the explosive capabilities. Yuri is a musician and inventor of musical instruments currently working on mechanically revolving instruments based on electric guitars. 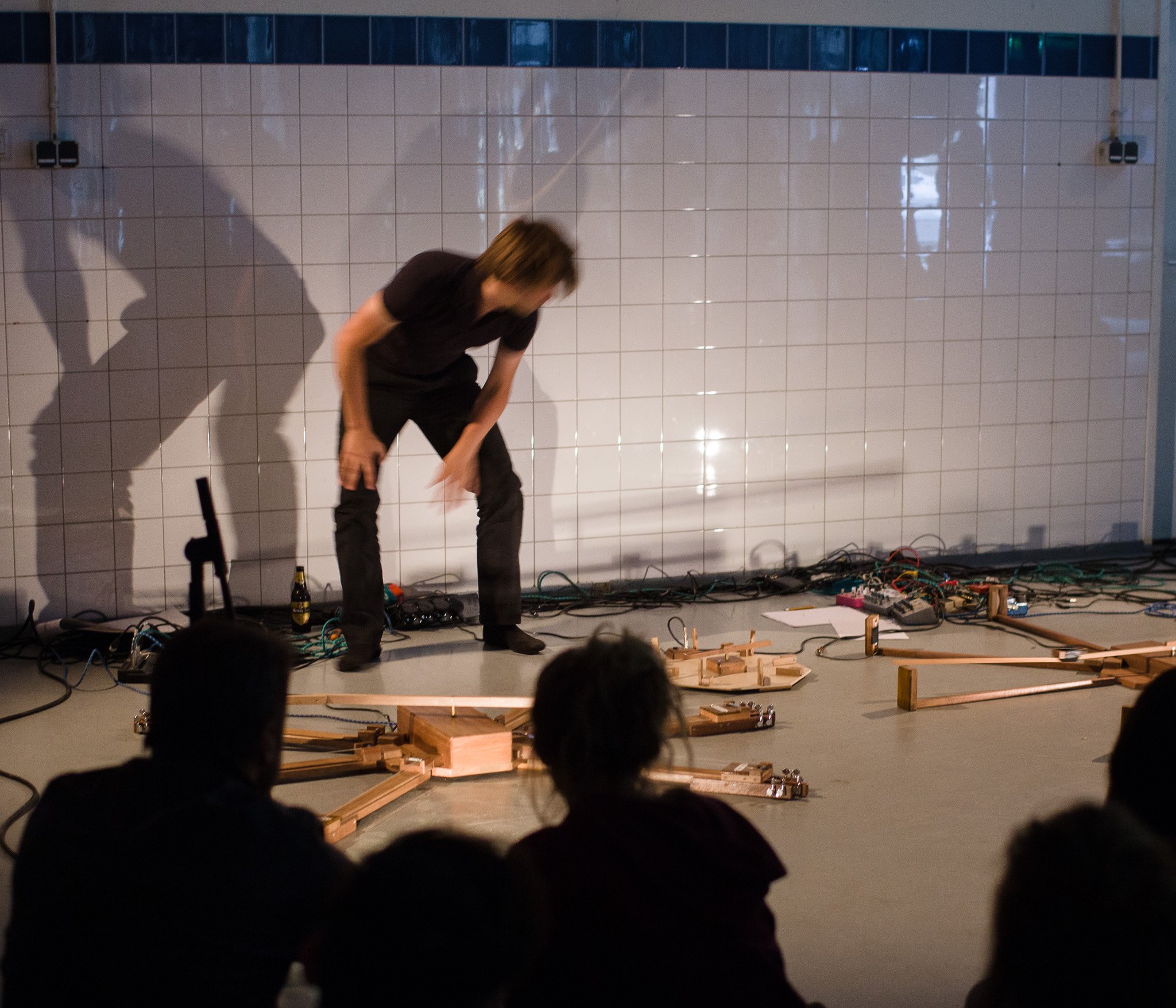 Yuri performing with his instrument prototypes

In my performance, I further explored the capabilities of feedback by, for the first time, adding analog synthesis circuitry into the Half-closed loop feedback path. 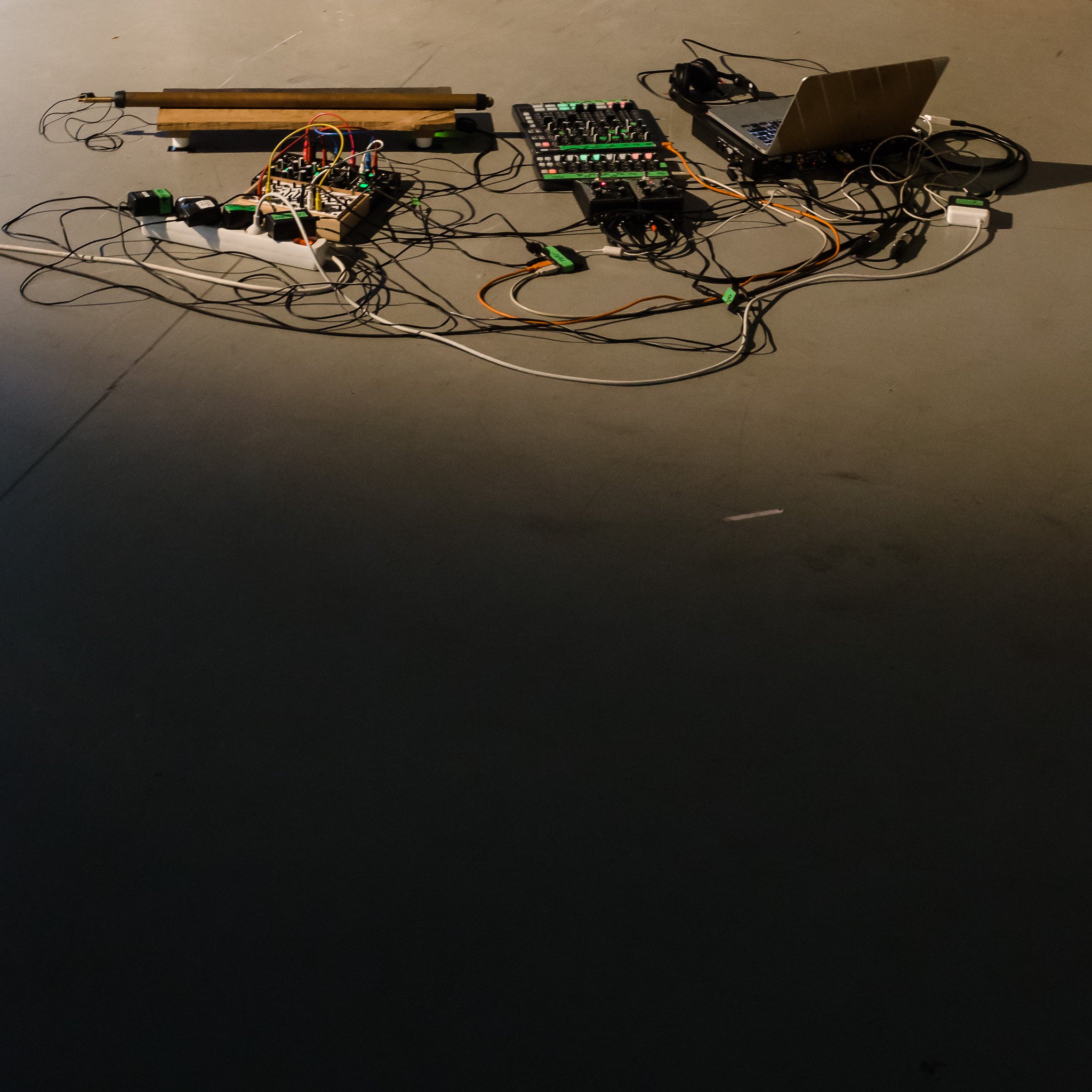 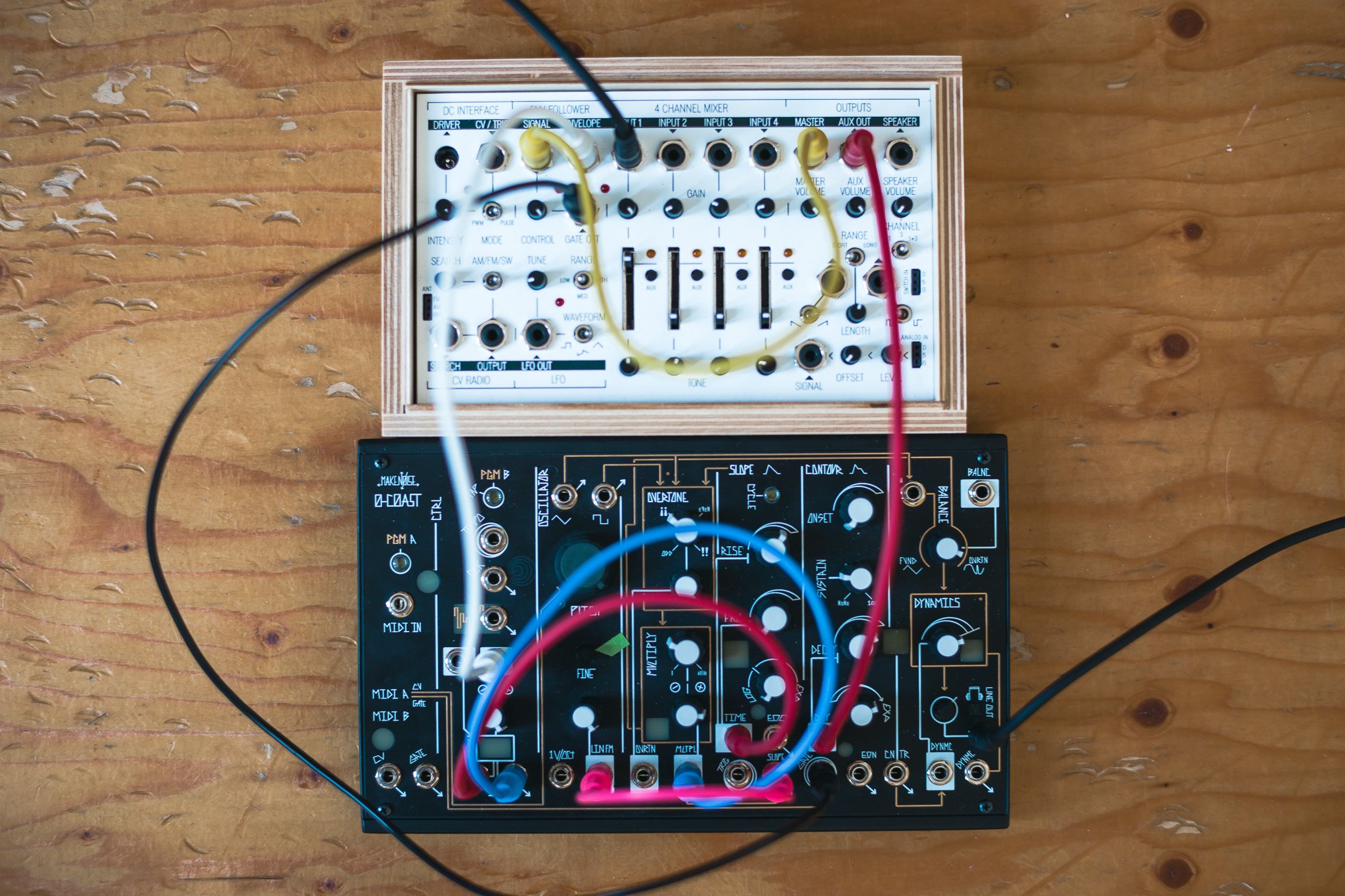 Analog patching with a MakeNoise 0-coast and a KOMA FieldKit