From 10.11.-16.11.2016, I took part in intense lab sessions organised by Hanna Pajala-Assefa in which seven people explored the SoMo method, which aims to tightly embed sound control into contemporary dance practice. SoMo is the enfolding theme that emerged around the performance Poimintoja. Since its debut in 2015, the group continued to work with it and also started to share their knowledge in workshops at universities and dance institutions.

A central element of SoMo is that, instead of following a pre-composed piece, the dancers themselves control aspects of the sound generation while performing. To achieve this, they wear sensory elements at their knees and elbows which transmit data related to the angle of those joints to a synthesizer. 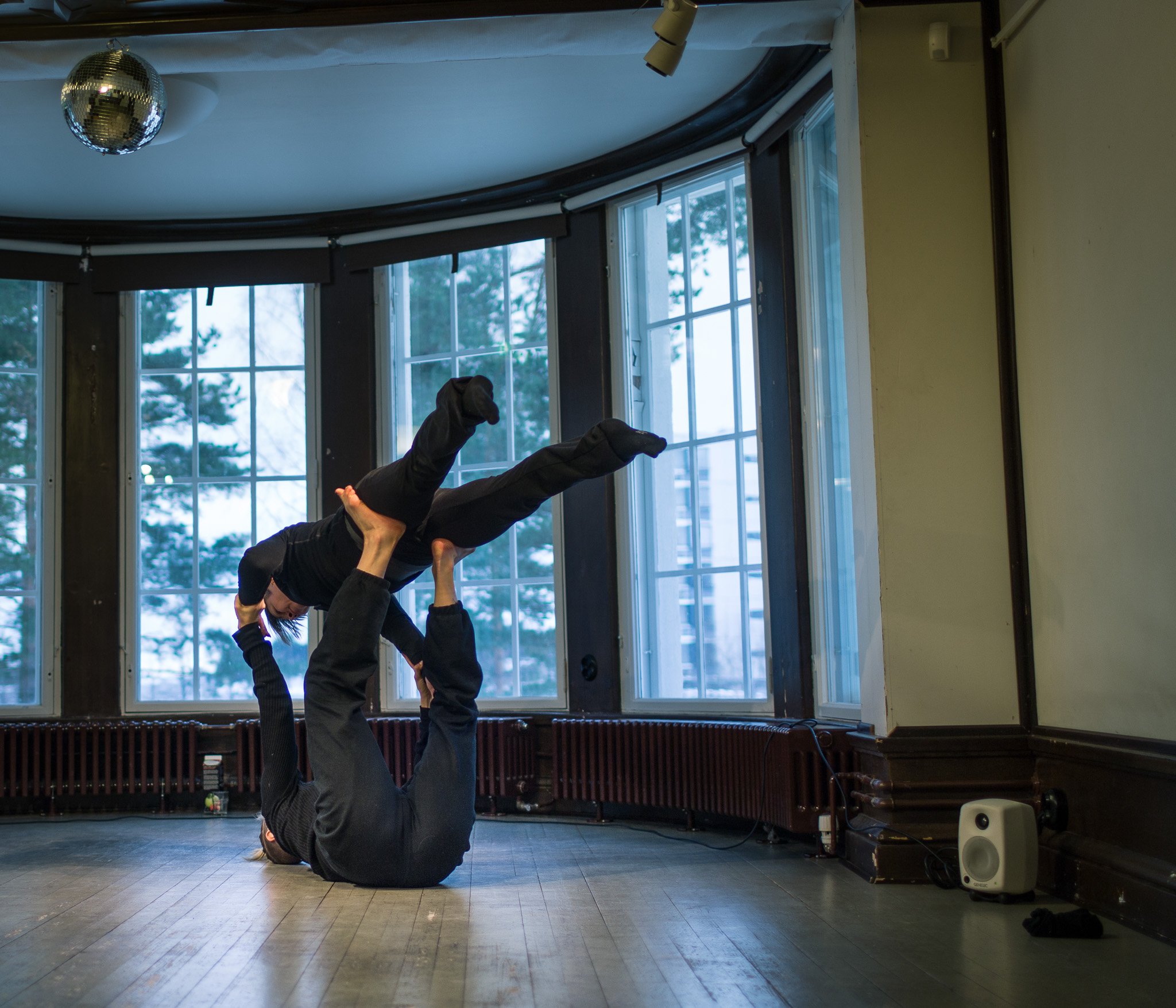 Many dance improvisations methods and exercises search for the time in which you are not thinking with your brain but with your body. How to expand this little time window of embodied thinking?

We want to create a practice to escape traditional dance practice. A practice which is not about control and execution of specific aesthetic styles and paradigms, rather a safe environment to pursue a place where you are thinking with your body and are able to explore the horizons of expressions the body’s intelligence offers.

It is common in contemporary dance improvisation practice to expect dancers to search for very sensitive modes, both physically and mentally. This means that dancers are quite exposed to the audience and each other. However, the current funding mechanisms, which are primarily project-based, do often not encourage to establish the therefore much needed save environment; instead, after a performance/show cycle, people often find themselves alone and vulnerable. With the SoMo method, we want to offer mechanisms to establish save mental environments by facilitating somatic working methods and by enabling dancers to tap into corporal thinking.

The SoMo method integrates dance practice exercises aimed at both dancer(s) and audience at the same time.

A SoMo exercise should therefore feature these elements: 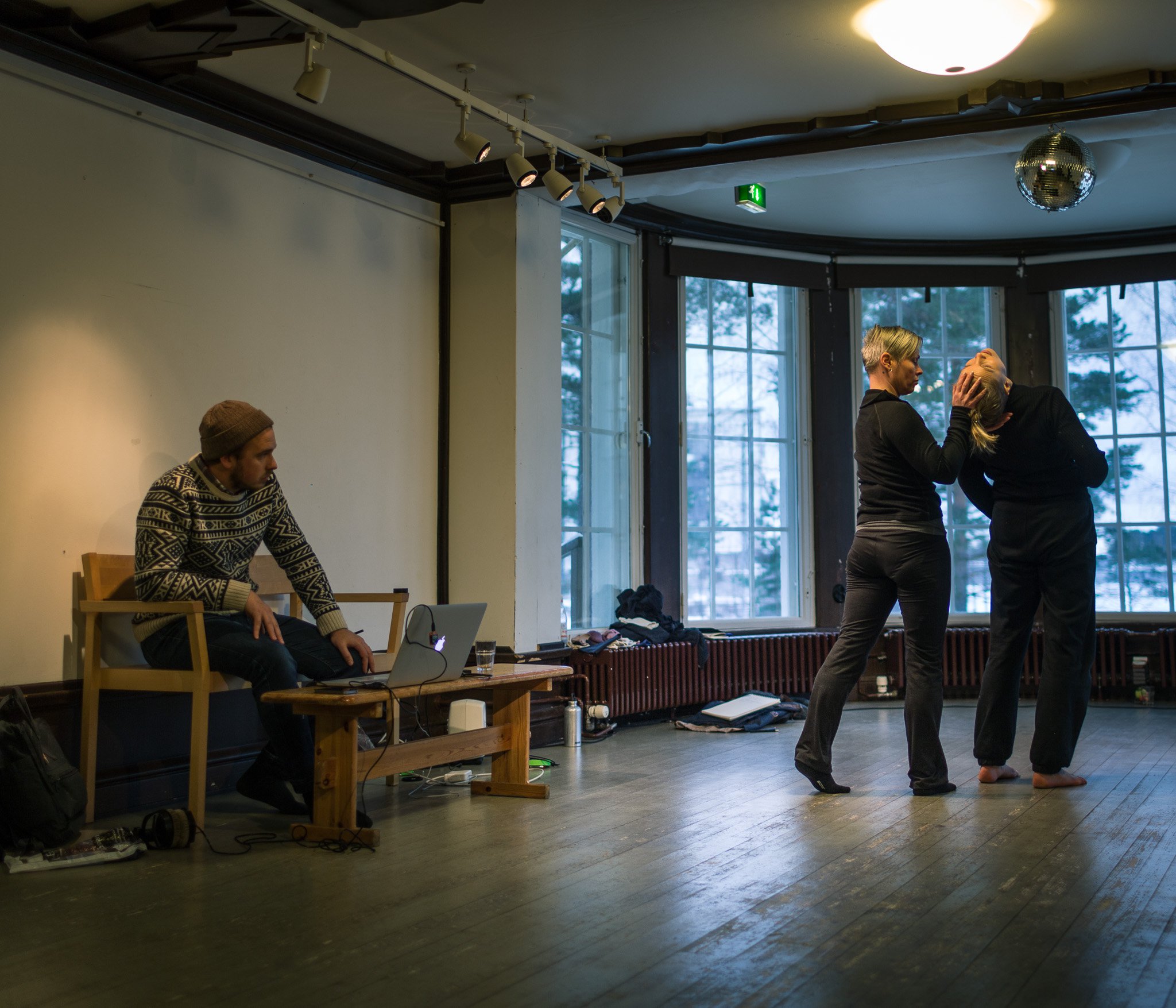 In this intense week, we tried out different SoMo scenarios. Following previous discussions, we decided to limit the vast space of control mechanisms to volume dynamics, i.e. each dancer had direct control over the volume of four sound-tracks. Main themes were

Looking at the previous works of the group, we found that sounds that already feature an inherent dynamic in amplitude (i.e. that are rhythmical in themselves) might be a good starting point. With my current interest in dynamic systems, I chose to source sonic material form the surprisingly musical characteristics of the Rössler attractor. Each limb of each of the (two) dancers got one attractor attached to it. Speed of execution as well as pitch of the underlying amplitude-modulated sound source where globally controlled. This made sure the emerging rhythms and harmonies correlated with each other, creating a musical character. Below I added an Ndef as I used it for one dancer. You can also find (and manipulate) it at SCcode.org.

Based on an idea by Aki Paivarinne, we also looked into delaying the sound’s reaction to the dancers’ movement by a fixed time period. We found 5 seconds to be reasonable enough for both dancers and observers to still understand the dynamic’s causalities (who’s movements caused the change in the current soundscape), yet freed the dancers from the urge to control instead of “just dance”. 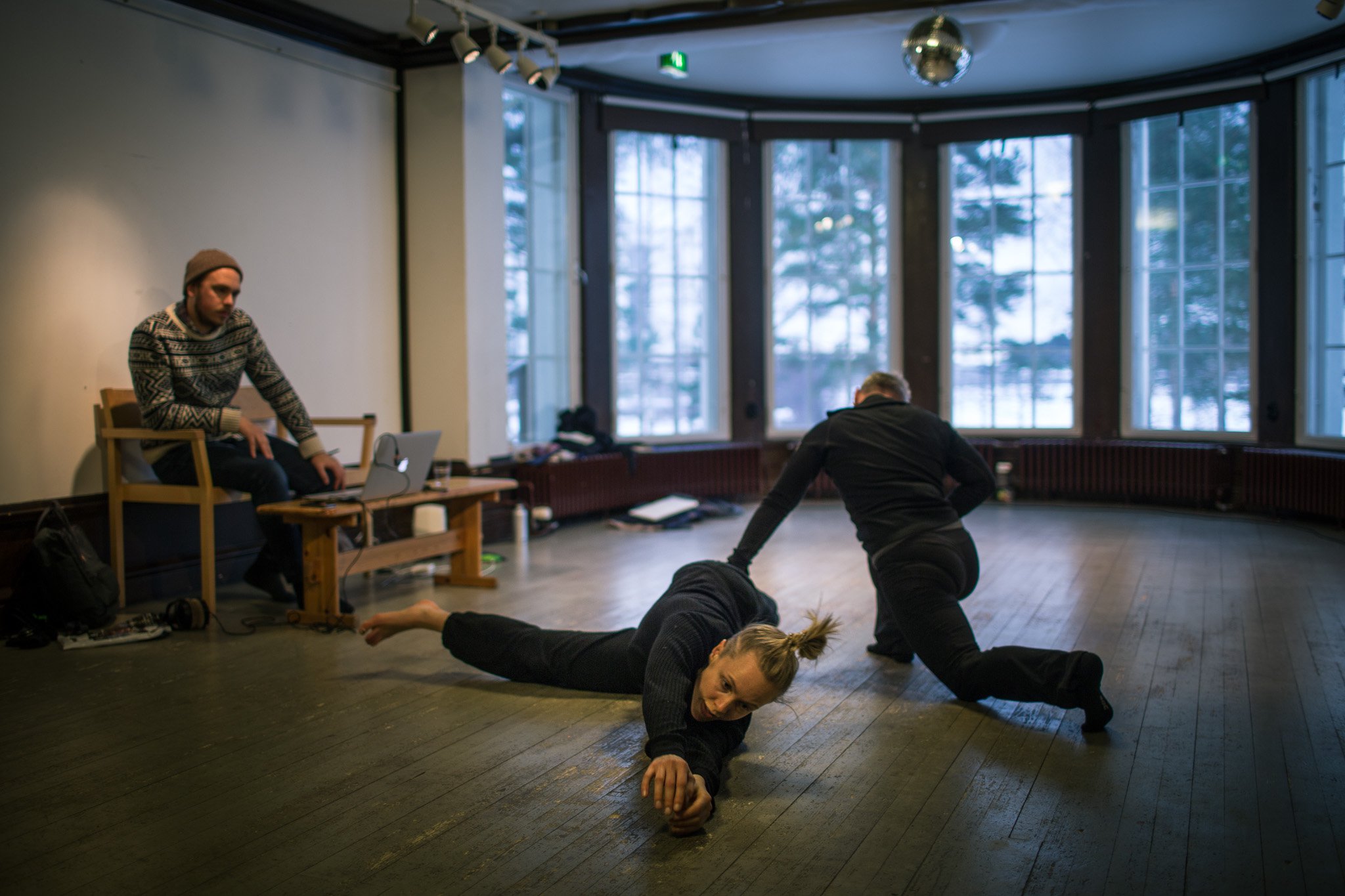 The days were really full of new insights for all participants. I am happy that I was able to take part and got a lot of ideas myself. Especially interesting for me was the connection of sound and dance to discover mechanisms of contemporary dance practice. What works for a dancer and what works for the audience? How does empowering dancers in terms of sound production help the communication between sound composer and dancers/choreographers?