When encountering an environment that is unknown to me, I am biased. Over time, I replace my biased conception with a more detailed picture. The following is a description on how a place I found for the first time in July 2016 near Frankfurt (Main) slowly revealed itself to me, shifting between a relaxing place and a place with lots of potential for sonic interventions. 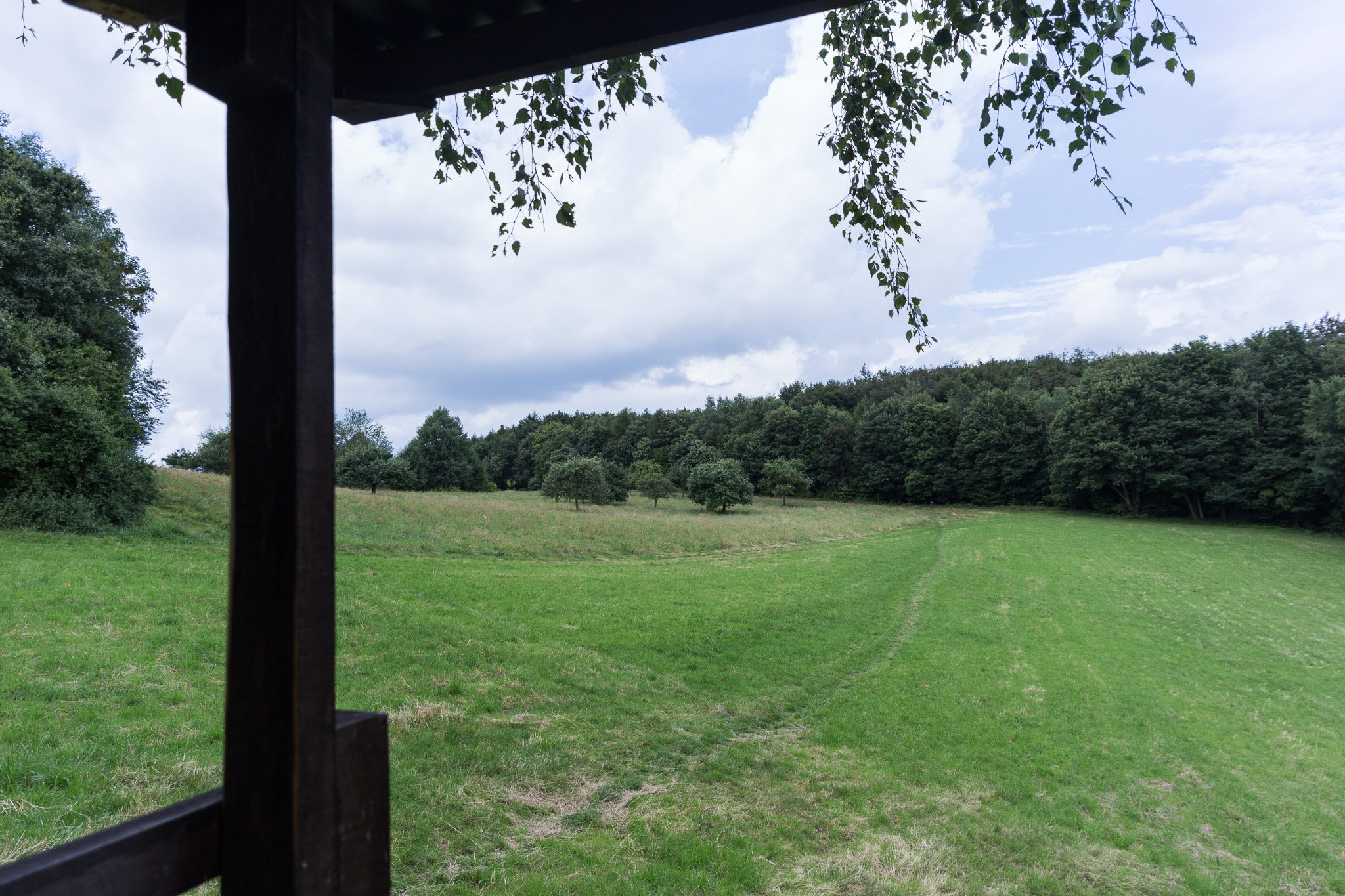 When I first came to this meadow, I chose to rest here because it had a raised hide from which I could overlook the whole area. I came from the near forest and a sunny place such as the meadow seemed to be inviting for a rest. I climbed up, sat down, started to record the surrounding with my audio recorder and opened a book about ants that I brought to read. People passed by, seemingly not noticing me. I learned that there are several paths within the meadow, of which some reach through the near forest. To my left, there were about six apple trees, whereas I counted only two on my right. 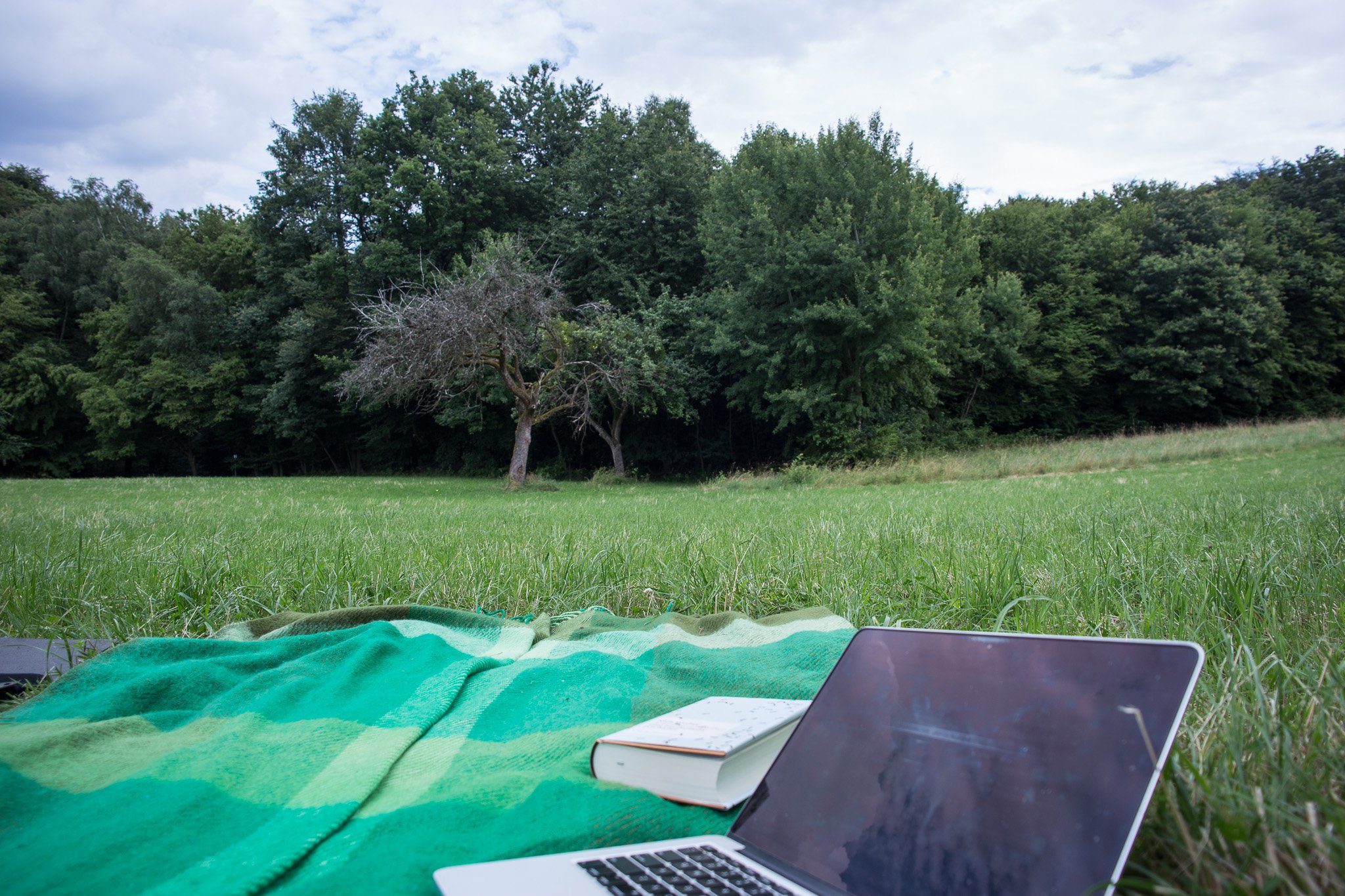 After some time, I climbed down (leaving the recorder on the hide), put my blanket to the grass and continued reading. People passed by and, now that I was laying still at a visible place, some of them approached me and asked if I feel all right or would need help.1 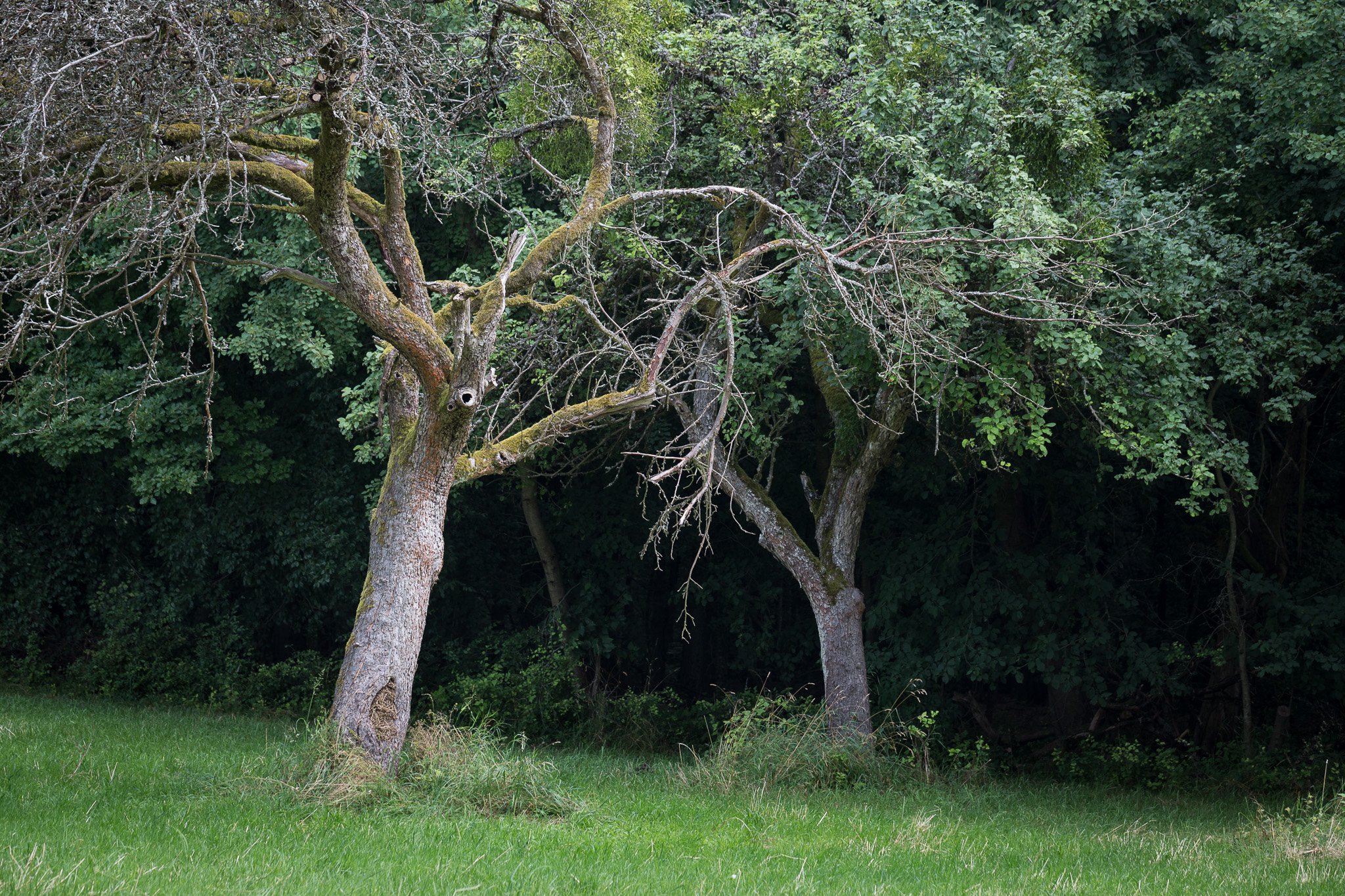 I removed the recorder and took my photo camera to explore the two solitary trees on the lower end of the meadow. 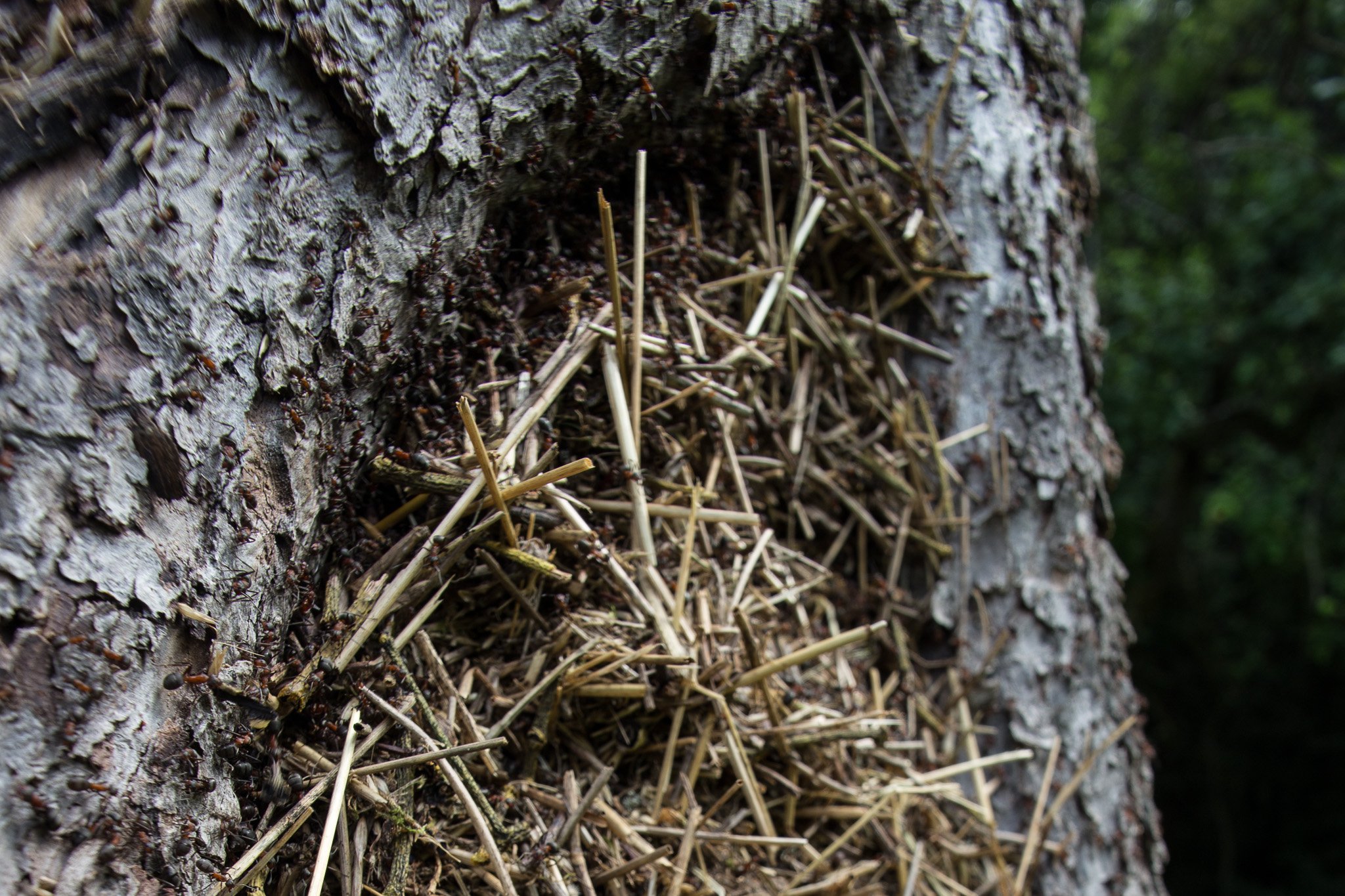 In one of them, which appeared to be dead since a long time, I found an ants nest, built into a large cavity of its trunk. The ants were very active, occasionally making crackling sounds when pieces of straw, earthworms or their larvae fell to the ground in front of the tree, often together with their carriers. 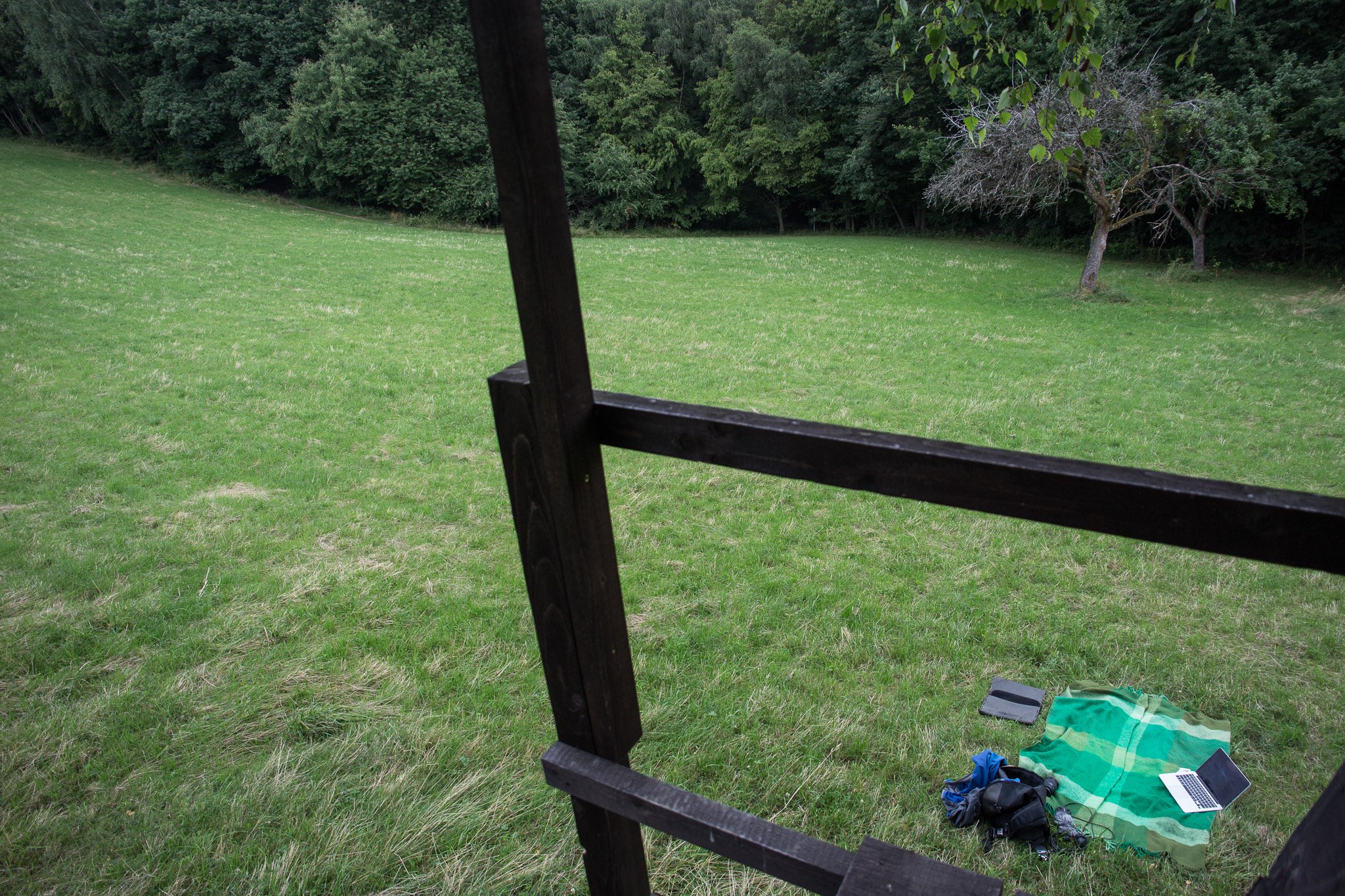 All this action was accompanied by a blue sky sprinkled with small clouds, which caused swift changes between sunny and overcast light. The sound of wind rustling in the surrounding trees, chirping birds and, prominently, the noises of starting and landing air planes at near Frankfurt airport. 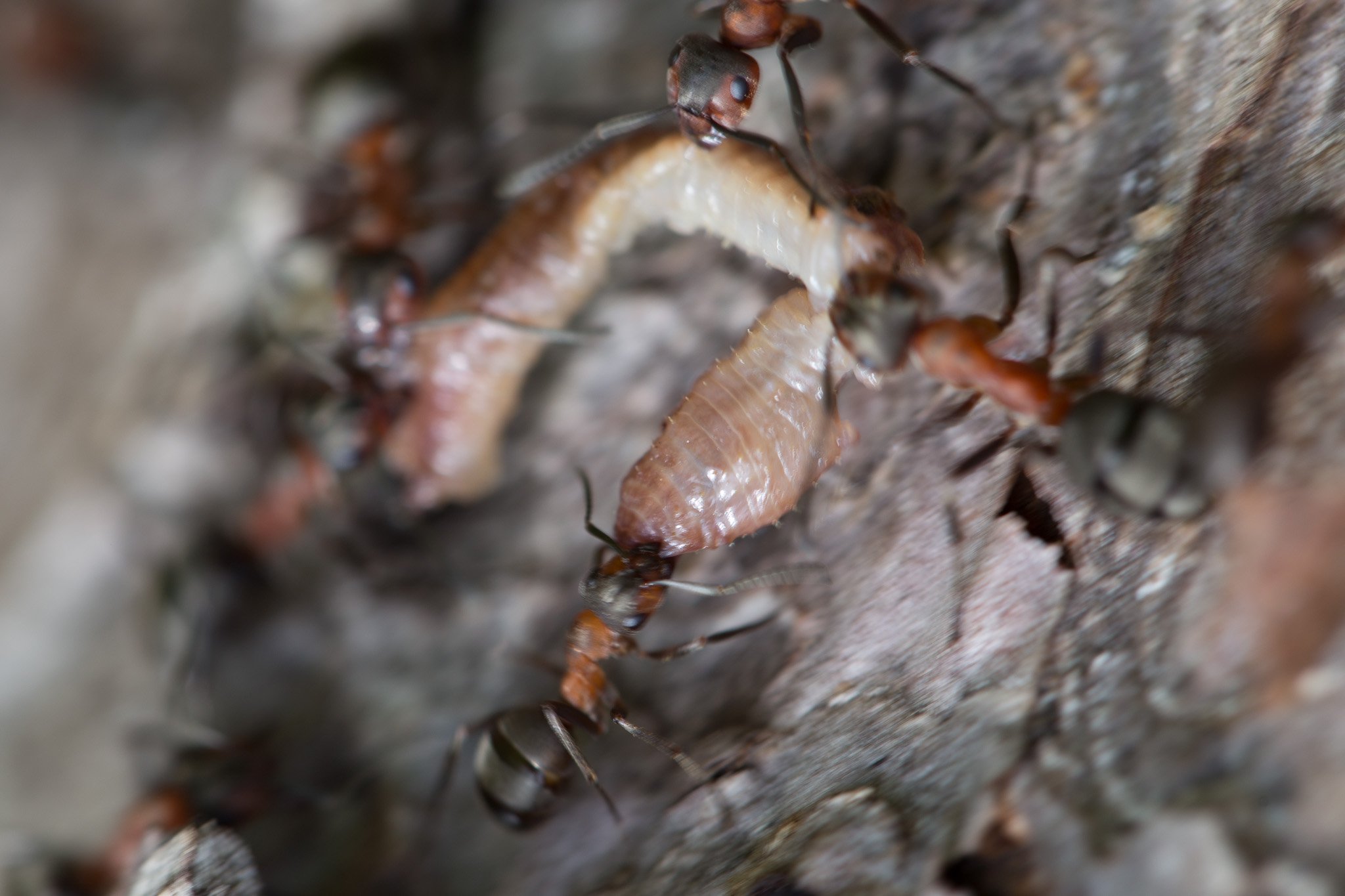 This text fragment was written around the (sonic) wild code field lab in Kilpisjärvi (2015) and the micro-residency Sonic Wild{er}ness at Hai Art in Hailuoto (2016). 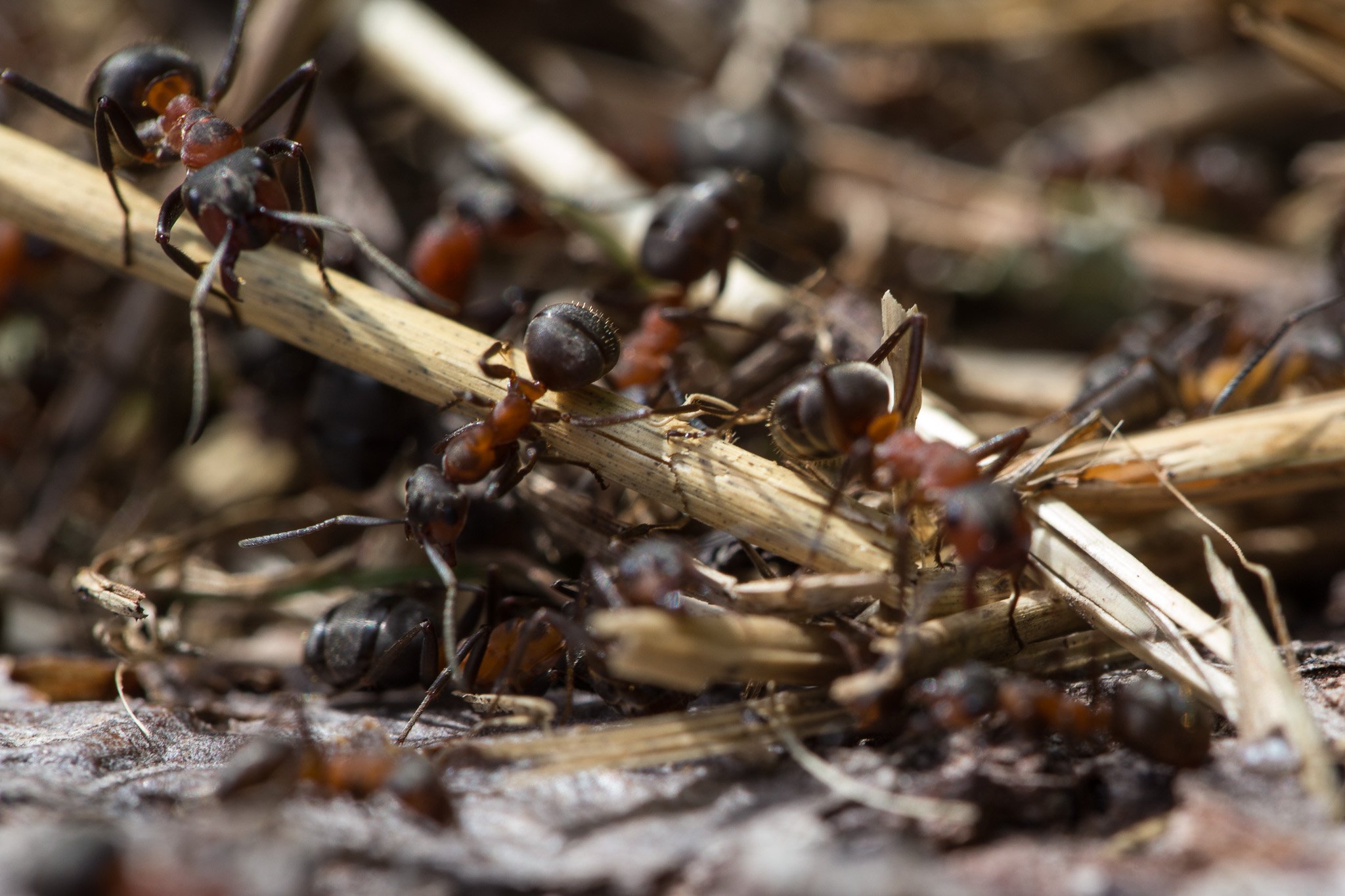 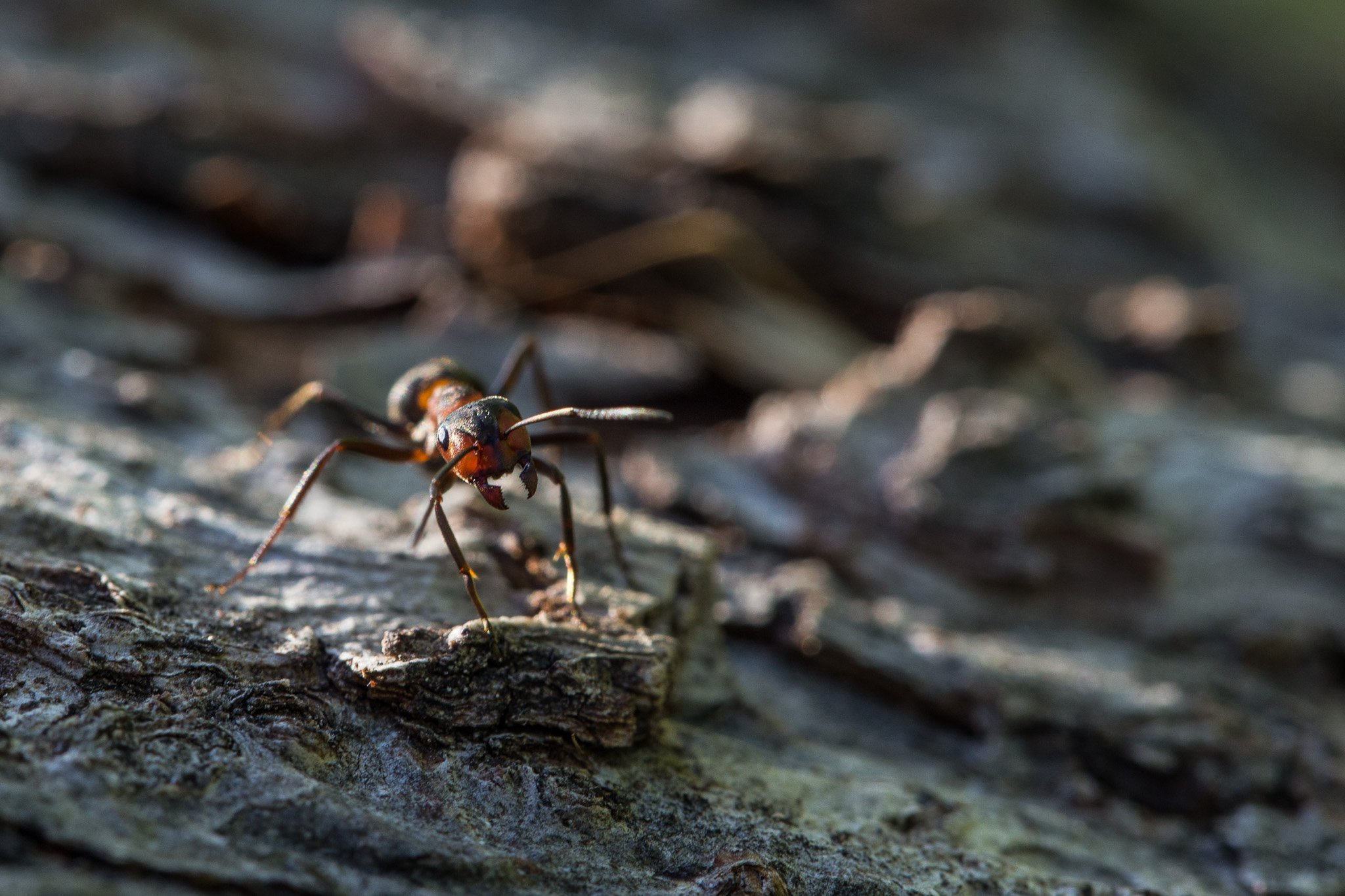 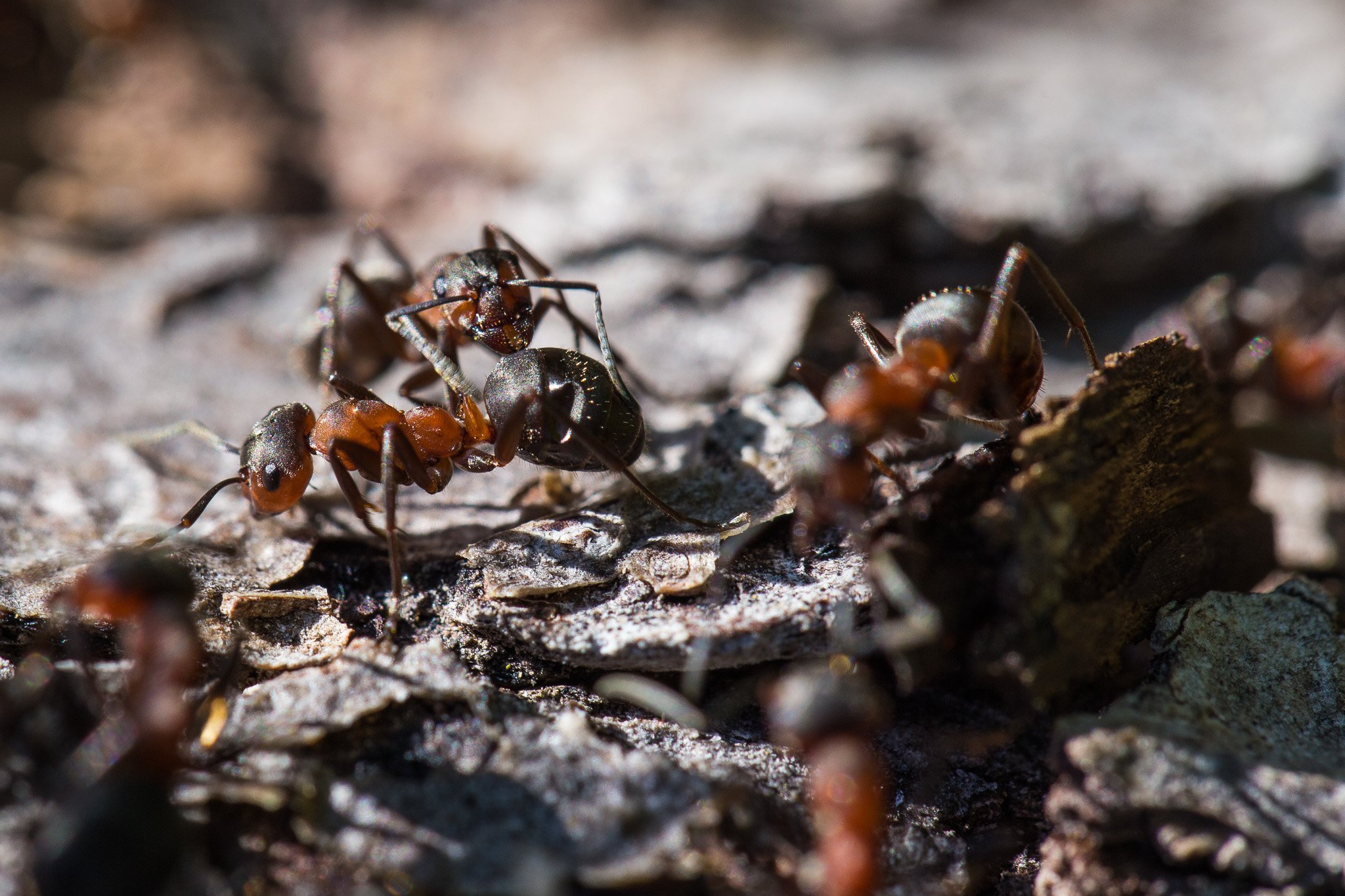